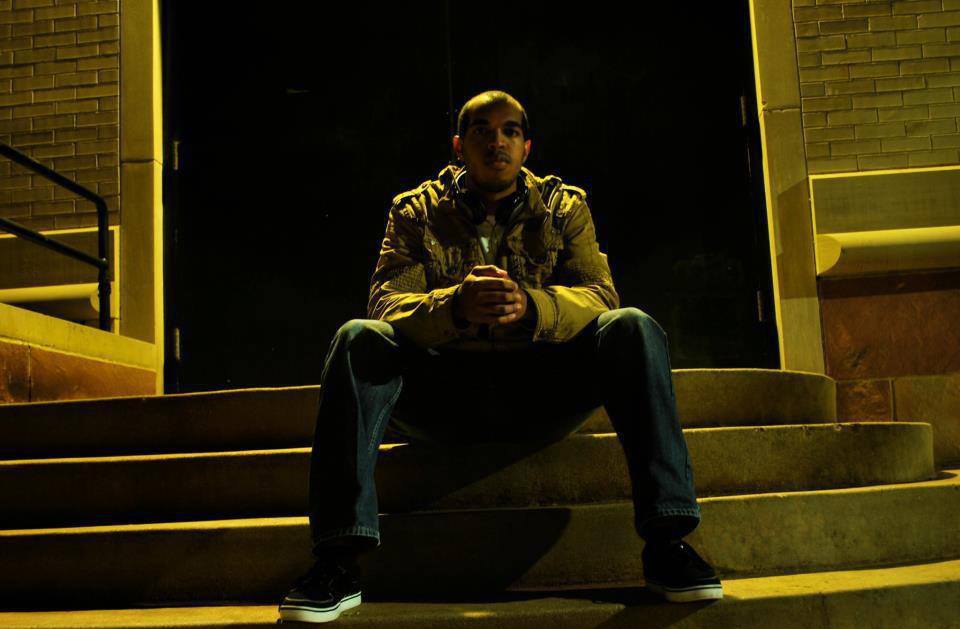 Hello everyone, and welcome to Cypher Sessions in 2014. We have been working on some new projects for a little while now, and this is the first one we are ready to release. The Quick Six Series is a short interview set-up to introduce artists from outside of the Hip Hop realm to all of you. The name hopefully gives it away, but we sit down and ask just six questions with the artist(s) that we are interviewing, and then wait and see where things go from there. So, without any further distractions, let’s jump into it!

Our first artist is a dance music (among other genres) producer who focuses on getting fun, progressive grooves into your ears. Without any further info from me, I’m going to let him introduce himself:

Guest: Hey Cypher Sessions thanks for having me on your site.  I appreciate the opportunity to come and talk about my music as a lover of not only hip hop, but also other genres such as electronic music and the like.  For those who aren’t familiar with me I am PhuturePhil, a multi-genre producer and DJ from Houston, Texas.  I enjoy many forms, styles, and genres of music.

Cypher Sessions: 1. So what was it that got you into music, and what did you first start listening to that drove your passion for music?
PhuturePhil: My musical journey has been a very long and interesting process.  I would say that I started getting into creating my own music in 2008.  I had downloaded the demo of FL studio and was messing around with making simple beats and stuff like that.  For a few months I kept just tinkering around until I started making short loops and edits in early 2009.  Around this time I really began to turn my attention towards house and other types of electronic music.  It was the seeming complexity and layers of sound that was really missing from my listening palette at the time that hooked me.
My tastes have been inspired across the genre sphere by artists such as Kanye West, J Dilla, A Tribe Called Quest, Chamillionaire, Daft Punk, Above & Beyond, Jaytech, Stanley Clarke, Narada Michael Walden, and many more.  I would also say I am inspired by video game soundtracks, movie sound tracks, and international music like j-pop and anime sound tracks.

CS: 2. Is there a style of music that you would have a hard time working on, and is there a particular style that you feel fits your creative paradigm perfectly?

PP: I love making hip hop but it is really hard for me to ever release any of my instrumentals or collaborations.  I am always trying to improve those old beats with every new thing I pick up as time goes by, to the point where my projects are a mess and I end up just leaving them till later on.  I also can’t think up a good name for a side project because I don’t think releasing all those beats under my PhuturePhil name would be ideal for me right now.

I think right now progressive house and more melodic house genres are really up my alley as far as my own personal sound.  I have been working diligently for the past few years on improving my skills and production acumen.  Because of that I don’t have a ton of music out in general but I am pretty proud of every tune I have released or given away up to this point.  I think the lessons I have learned in making various genres has made me a stronger producer across the board.

CS: 3. Where is music headed and what can be done to alter its path, or should it be allowed to take it’s current path?
PP: That is a complex question and if I knew the answer I would be flying around the world and would have quit my day job hahaha.  But in all honesty I see it differently because I follow many different genres.
In hip hop, I predict a few interesting things happening that are really making me excited for the future.  You have a gradual shift towards bringing lyricism back to the forefront of commercial music (to an extent).  Guys like Joey Bada$$ and Kendrick really showcase you can be played on the radio, or on BET, and still have a strong message.  If anything more people are finding that old school underground sound and mixing it up with new school beats, techniques, and the like.  You also have a huge movement of crews and groups that are bringing that aspect of hip hop back to the forefront.  And I think one of my favorite things that is happening right now is that electronic/hip hop type music is really being pushed up.  Instrumentals and beats are starting to become as popular as other aspects with people like Kaytranada putting their stamp on the music.

In electronic music things are really interesting as the scene here in America has never been bigger.  For some its a good thing and some see it as a negative, I look at it as a positive for a few reasons.  With more money and spotlight being put on “EDM” means that more people will be exposed to all facets of the genre from underground techno to trance music.  It provides a place for all to have an audience and gain recognition.  I think festivals have also changed the way concerts operate in the mainstream, as people want a musical experience that is accompanied with visuals and the like.  I still believe that good music is paramount, but having top visuals to complement the music is only a positive.

CS: 4. What is it that really inspires you outside of music to create via music, and what fuels your drive to produce?
PP: I am inspired by many things in life.  I used to laugh with some friends that every time a girl has broken my heart I’ve written a good song.  I thought it was a joke until two tracks I wrote after getting my heart broken got signed to different labels ironically.  Sometimes its weather, sometimes is the scenery, sometimes its a night of fun partying with my friends, sometimes its playing a video game.  It really just kind of happens randomly.  Sometimes I will be in the shower and get a short idea for a melody.  I wish I could pinpoint where my ideas are inspired by because I would probably have a lot more music out haha.

My drive to produce is pretty much an unhealthy obsession for improvement and perfection haha.  I really always want to get better every time I fire up my studio desktop.  I will spend weeks, sometimes months, tweaking something till it sounds just right.  I think it takes one part dedication and one part craziness to be a decent producer, and multiply that by 1000 to be a great one.

CS: 5. What in dance music should be continued, and what needs to kind of stop happening?

PP: Oh boy this is a very objective question haha.  I will give you just my opinions on a few things that are going on right now.  The seemingly instant explosion of dance music should continue for the sole fact of exposing all corners of the genre to as many people as possible.  I also think that so many people are doing such amazing things in dance music right now that are really stretching the conventional wisdom and creative boundaries of the genre.  I am all for that to continue and hopefully gain more steam.

What I would like to stop happening is just a few things.  It would be nice to see festivals actively supporting more genre diversity on their lineups, especially for bigger festivals.  Also, it would be nice to see DJ’s take risks in their sets again and play more music that isn’t just top 10 chart stuff.  A good DJ can take you on a journey and make you fall in love with a song you have never heard before.  This aspect of electronic music is what is missing in the mainstream, luckily it is heavily prevalent in the underground still.  I think also the art of the opening DJ is very important and is really missing from a lot of places today as well.  The opener is there to set the mood and get things warmed up, not play high energy stuff from the headliner’s discography.  Good openers are massively important to the overall success of club nights and make a world of difference on the experience.

CS: 6. What is it that you want the world to know about PhuturePhil, and do you have any projects for our readers to check out?

PP: My PhuturePhil project is really something I am proud of that I have built from the ground up.  I try to make music in many different genres and sub genres of electronic and hip hop.  I try to release free download tracks often when my schedule permits and I have tracks that haven’t been signed yet.  I am signed to a few labels such as Elliptical Sun Melodies, Elliptical Sun Recordings, and Makira Deep with possibly a few new labels coming up in 2014.  I am also apart of Makira Deep as resident DJ, podcast host, and a resident artist.

In 2014 I am working on releasing a few remixes, a few collaborations with fellow producers/singers, and some new original EP’s on various labels.  I am also working right now on a brand new compilation CD for Makira Deep that I will help compile tracks for and mix into a full length set.  The last planned thing I have is working on my hip hop project that will be a full length mixtape of probably 15 songs.  I am really taking my time with that one so a time table is not available right now.  I hope you enjoyed reading a bit into my thought process and thanks for having my Cypher Sessions.  I appreciate everything you all do in the music world and the intelligent and interesting view points you have on music.  Thanks for your support and I will talk with you soon fam!

If you would like to check out my work or just say what up you can find me on the web at these spots:

Facebook: https://www.facebook.com/DJPhuturePhil
Soundcloud: https://soundcloud.com/phuturephil
Twitter: https://twitter.com/PhuturePhil
Mixcloud: http://www.mixcloud.com/PhuturePhil/
Instagram: http://instagram.com/phuturephil
So there you have it folks, that will wrap up our first Quick Six Series. I want to thank PhuturePhil for being a part of this interview series, and we wish him nothing but the best and more success to come in the future. That’s going to do it for now, check out the next Cypher Sessions Quick Six in two weeks, where we will have another very interesting right here yet again. Let us know what you think in the comment section below, and thanks for checking us out. Until next time, Peace!