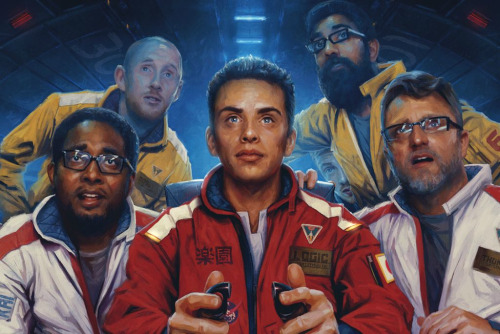 We were called on our cell phones, the pizza man stopped coming here anymore, and we eventually figured out that we were gonna be alright; overall, 2015 seemed to fly by even faster than 2014 did, and there was even more music this year than last. There were a lot of different projects that ranged the entire spectrum of not just Hip Hop, but sound as well. There was a little more distinction in terms of who was the best of the best, compared to last year. However, that does not mean that this was an easy task at all. There were a couple of surprises with regards to who finished in the Top Seven, and who just missed the cut. The Honorable Mentions also grew substantially this year. The following continues to honor our time-tested tradition of selecting the best seven albums of 2015 (with a new feature of including a brief summary!), as well as the most underrated artist of 2015, the hardest working, the most controversial, the Capital Steez Award, and the Next One Up Award. The time has now come to see how everyone finished as 2015 comes to a close.

The newly formed Indie 500 super-group label of 9th Wonder, Talib Kweli, and Pharaoh Monche has created a lot of buzz and excitement with their new independent label. The first album from Indie 500 is a compilation album of sorts headed by 9th and Talib, and as per usual with these two includes soulful beats, interesting bars, and some very intriguing collaborations. The collabos include artists from both 9th’s label as well as Talib’s imprint; overall, this is a very solid introduction to the music world, and it’s one to keep your eye on in 2016.

MURS’ debut album for the Strange Music cohort is one that finds us hearing a slightly reinvigorated veteran of the rap game sounding fairly different than previous projects. This album has fantastic beats, and very reflective narratives. MURS has clearly faced some adversity this year, and this album may have been a cathartic outlet for him. Either way, this is a very enjoyable journey to go on with the seasoned West Coast emcee.

5. Kendrick Lamar: To Pimp A Butterfly

This is a very jazzy and funky album full of narratives and experiences that is not readily received by many listeners at first rotation. While it will clearly come as a surprise to many Hip Hop fans that K. Dot was placed at this position on our list, this album was almost too experimental to readily be accepted by many as a Hip Hop album. It does, however, traverse a number of ideas and problems, while at the same time checking current belief systems for what they are. It’s a great concept album, and definitely requires more than a couple of listens to fully appreciate.

Without a doubt, NO other album out this year can compare with how sonically layered and rich Compton is. Dre gives us an album that sounds like it’s been hidden from another time period, yet still somehow inexplicably features some of the most relevant up-and-comers out today, along with OG’s from Dre’s heyday. If the biopic that also came out this year doesn’t convince you to check out this project, hopefully this review does. It is definitely worth your time.

All nostalgia aside, Joey gives us a narrative that is as relevant as every other premier emcee out there today. Every track sounds like a mesh of Hip Hop yesteryear smashed together with today’s sound, which actually comes out really well. The BK native continues to improve lyrically, and can keep building on all of the success and growth he’s accomplished thus far. Pro Era is well represented by their flag bearer.

There are so many things that grab our attention with the sophomore effort from the Maryland native. The cinematic sound and content, mixed together with the space odyssey concept presented throughout encapsulates our attention and already has us asking what happens when the album concludes. There are also a number of rhymes that pull you in and make you ponder, while at the same time enjoying where the flow is going. Logic has delivered a conceptual album that is both stunning and hugely underrated. It was actually shocking to us that this did not obtain the number one spot for 2015…

…And this album is why Logic did not grab the top spot, by the slimmest of margins. Lupe presents a very intricate, depth-filled album that has abstract verses along with dual meanings. Fiasco gives us some very dope tracks with conceptual ideals that are consistently thought-provoking. Another important tidbit to know about this album is that it was intended to be listened to from the end to the beginning; Lupe himself has stated it is structured like an anime novel. This album was dropped back in January and has withstood some truly remarkable competition by a vast number of skilled artists. With three more projects slated to be released in 2016, Lupe might just take the crown away from some of the more popular acts earlier mentioned on this list.

The Honorable Mentions listed above do not give due props to all of the great projects that have come out in 2015 and what we were just not able to get to. The Best Seven listed above was also a struggle, as we went into it thinking that it would be a battle between Kendrick Lamar and Logic for the top spot. We found a number of projects this week that you can see changed how things finished; whether that is good or bad is up to your own judgement. One trend that is interesting to note looking back on the selection process is that there were a lot more West Coast artists in the mix this year versus previous years. Is it time for the other Hip Hop hot spots to take notice and step up in 2016? We shall see if they do.

The Most Underrated Artist of 2015:

As if it weren’t clear enough just how much we enjoyed The Incredible True Story dropped a few months ago by this hardworking emcee, it still feels that not enough listeners out there realize what Logic is doing. If you listen to his interviews, he is a beacon of positivity and energy that sometimes in Hip Hop can be hard to come by, especially when it comes to artists who have been around as long as this guy has. While he may only be on studio album number two, he has had multiple mixtapes and EPs prior to that which have really gained acclaim and appreciation by those who are constantly digitally crate digging for new content outside of radio play. 2016 his stock will only continue to grow, and do not be surprised when this Maryland native starts to appear in more and more places. Check out this track from his new album here and we dare you to not be intrigued.

These two have opened for EVERYONE, and not just here in Colorado. This dynamic duo out of Colorado Springs has performed on both coasts here in the United States, as well as internationally. What really made us realize just how hard these two work was the night we (finally!) witnessed the legendary Roots crew here in Denver. That in itself is a huge accomplishment, opening for the last true Hip Hop band still around, right? Well, after their energetically frenetic and enjoyable pace-setting set, they both headed about an hour away to Fort Collins to open up for Grouch and Eligh before joining them for their yearly Christmas tour. Two shows in one night would exhaust anyone, but these two did it with what appeared to be relative ease. We look forward to seeing what’s in store for these two in 2016. If you haven’t checked them out yet, peep them here.

The Most Controversial Artist of 2015:

We refuse to cover all of the “Instagram/Twitter fingers” nonsense that has continually popped up this year, often leading to subpar diss tracks and occasional violence by those involved. Instead, the reason why Kendrick is selected is not so much with what he has said or put out, but it’s a twofold reasoning for this selection. First, he has been seen as a very positive role model, so much so his home state of California presented him an award for it. Second and more importantly, his music has inspired critical engagement in one’s surroundings, especially for those who weren’t paying attention before. The fact that his music can inspire activists and casual listeners alike to pay attention to what’s going on around us is truly controversial today, because too often people are not paying attention to what’s going on. Addressing ignorance is slowly happening more now thanks to artists like Kendrick.

This North Carolina-bred emcee has been around for awhile, but what really catapulted him into the public eye were the underrated verses he contributed to on Dr Dre’s Compton album. He’s not new to the game, but for us and for others it seems that for whatever reason his work was lost track of. In 2016, there will be renewed efforts to check out this very talented and hungry emcee. Clearly if Dr. Dre appreciates his flows and style, then a large number of us have been missing out.

So, this is certainly a first for us, selecting one artist for multiple awards. In fact, if memory serves correctly it has not happened before. However not to beat a dead horse, but the verses contributed to Dre’s final album were quite good. The delivery and cadence presented were raw and were exactly what one expected to hear from a newer artist on an album that was a decade in the making. Look out for Mez in 2016. Really though.

And with that, it’s a wrap. 2015 has been a busier year for us as the number of posts per month probably indicates. But, it was a year that produced great music, and has reinvigorated a lot of people (ourselves included) for checking out what projects are in store for 2016. We would just like to thank everyone for checking out our 4th installment of the Year End Awards; it is truly special when we continue to be read across the world, and we appreciate every single person who has checked out our work. Enjoy the end of 2015, and have a Happy New Year in 2016! We will be posting again soon. Peace!