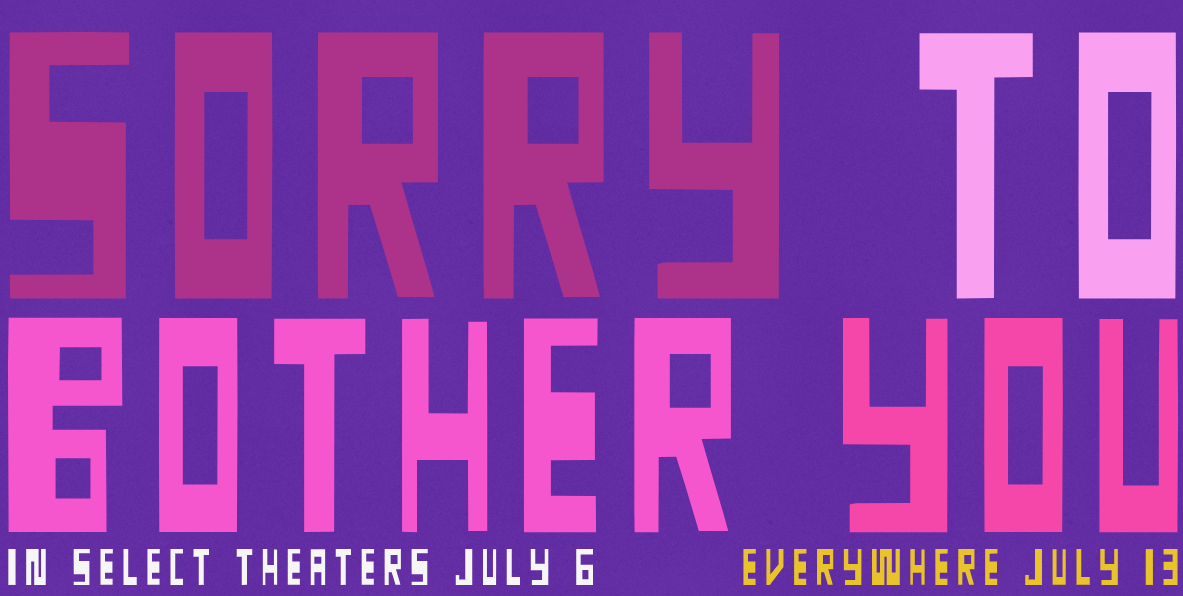 Satire, code-switching and doing the right thing are the three engines that drive Sorry To Bother You and they drive it well.

Critiques are everywhere (and we’re here for it)

Code-switching via white voice is something that many of us have adapted for our jobs; it’s not enjoyable but it makes the work easier. Couple that together with awful pay and awful working conditions in the RegalView call center in this film and you have a story that’s too real (in a good way).
Social commentary in this film is razor sharp in a variety of ways.
Detroit’s (Tessa Thompson’s) jewelry. The satirical and violent TV shows in the background. The picture of his homie from before the film’s opening.
Where we are as a society today in the U.S. is put on blast with each of these recurring themes.
They critique what we see by showing how outlandish it might seem, while at the same time, feeling like all of it is coming to a screen near you.

The biggest theme throughout for Cassius “Cash” Green (and several others) is deciding to do the right thing. Personal versus communal benefit. It’s a hard question that the best of us answer the right way, but so many people waver at first.
Detroit, Squeeze (Steven Yeun), Sal (Jermaine Fowler), and Mr. Blank (Omari Hardwick) all pretty much follow how they want to improve their situation around them. 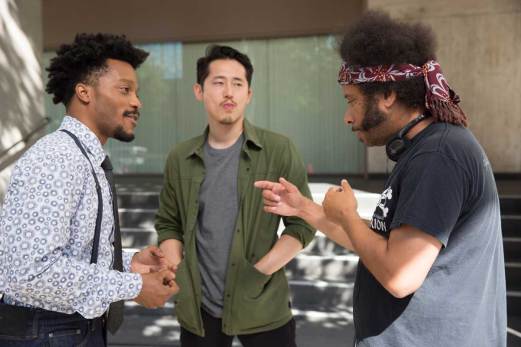 Improving your situation and those close to you that you care about—how many would pass that up?
It’s hard to say.
Cash and Mr. Blank both see just how well things can be for them if they keep up what they’re doing, even though they also see the cost that comes with success.
Some of you might make the decision to do the morally questionable thing until you can permanently change your situation.
Some of you might take the money and then keep it moving to another gig. Still some of you might stick to the hardest path, one of conviction and possibly things getting worse without getting better (Detroit would probably be homies with you). 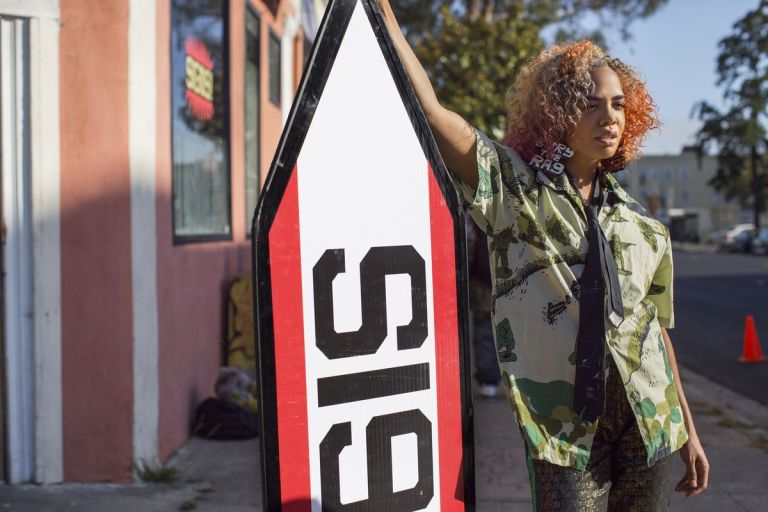 That’s a big takeaway from this film. What would you do? You can claim one answer, but only you truthfully know what you would choose.
Another takeaway is to also act before something impacts you directly; if you wait till it does, it could be too late.

The awesomely outlandishness that will freak you out

There is also a bit of fantasy slash magical realism which I won’t give much detail about, but it will likely freak you out.
It ties directly to the depiction of the Worry Free CEO Sam Lift (Armie Hammer) and how disconnected with everyday people CEOs are when it comes to some ideas. 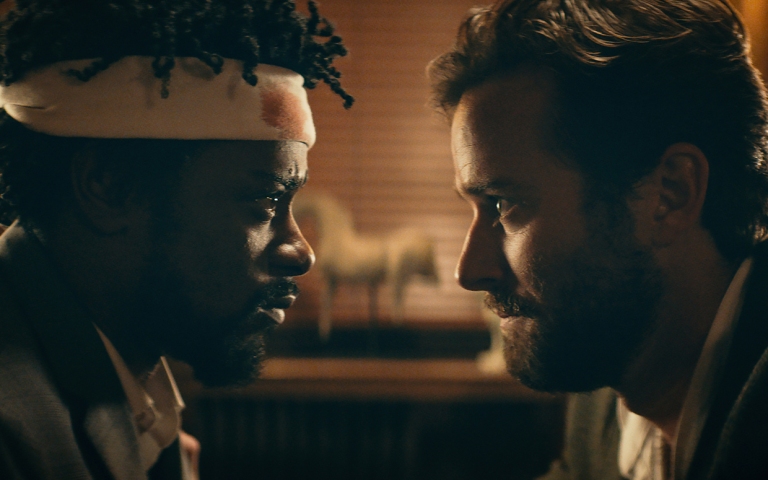 The idea in this case is so profit-fueled that it shows how blind to society the wealthy can be. It also shows you how workers are largely viewed in this society, a means to an end if you will.
Contrarily to that, it also shows just how much sway fame and money can sway those who are without both. Cash and the protestor he encounters both fall victim to the same thing: an easy solution.
This movie shouldn’t bother you in the least to go see, because it’s funny, dark, and razor sharp in its critiques. Also, you without question need to pay attention to what’s happening on the TVs and in the background.
It enriches the film.
But if you’re still not feeling it, sorry to bother you [hang-up tone hums].