Welcome to another new summer project of ours, Catching Up with; it’s an interview series where we catch up with previous artists that we have interviewed in the past.

There are a handful of artists across the United States that we have spoken with, but it might be hard to find one that has seamlessly woven together that Philly sound with classic hard-hitting Hip-Hop.

For this first Catching Up with interview, we reconnected with Philly’s own Kev Turner, to see what’s been happening since we spoke a few years back.

Cypher Sessions: We last spoke after Soul City 2 came out. What projects have you worked on since then and how has your career progressed since 2014?

Kev Turner: Since Soul City Music 2 I released my first self-produced album “Brotherly Love” and it received a great response.

Songs from it were played on Sway in the Morning, DJ Wonder’s Animal Status Show and Statik Selektah’s Show Off Radio on Shade 45.

A song from “Brotherly Love” was also going to be featured on ESPN programming last year but was not because of sample clearance issues that I ran into.

Cypher Sessions: What’s the most important lesson you have learned since the last time we spoke?

Kev Turner: The most important thing that I have learned since we’ve last spoke is that music is a business and you can only go but so far without investing in yourself financially.

You have to gamble in the business and you’re going to have some wins and losses. It’s just the way things are in life in general.

Cypher Sessions: What are your touring plans/booking shows, etc. or is there something else that’s grabbing your attention right now?

Kev Turner:  I am currently trying to book shows at some of the night clubs in Atlantic City. Atlantic City is back on the come up and I think it would be good exposure to be seen and heard out there.

Cypher Sessions: What’s advice you would pass along to artists just starting out in their music careers?

Kev Turner:  I would advise new artists just starting to keep going no matter what.

A lot of times you think that things are going to go a certain way and they don’t. I think it’s Gods way of testing you to see how strong and worth you are of the blessing you’re about to receive.

Also, believe in yourself and your talents and stay confident no matter what.

I spoke to Nipsey Hussle’s tour DJ last year and he couldn’t believe how much I had accomplished as an independent artist without a team. 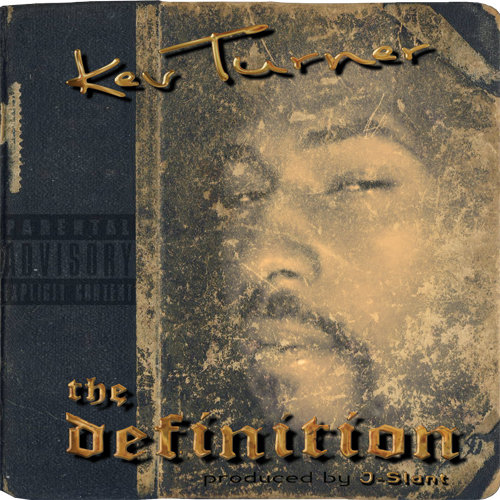 Cypher Sessions: What do you plan to do next, who do you want to work with, and what’s the primary goal to accomplish between now and summer of 2019?

Kev Turner: I am about to start working on my next album and I’m going to produce it all myself again.

It’s a lot of hard work, but it’s fun too. I love learning new stuff.

I plan on working with some of my producers I haven’t worked with in a while (J.Slant, Jay Ellyiot, Crown Royal, and Detayl again if I can find him) to name a few.

I’m also starting to shoot my own music videos and short films so be on the lookout for that as well. I hope to also step into the voiceover world, as well as keep submitting my music for TV and film.

Cypher Sessions: Anything else that you want to share/ social media plug?

Kev Turner: Follow me on IG and Twitter @kevturner215. Be on the lookout for more new music and some videos as well very soon. Peace.

And there you have it. Kev Turner is still on his grind, working to make new music and try out new forms of creativity as well. Check out his social media and his music, which can be found here.

Be on the look out next week for another Catching Up with interview, it should be coming out around this time next week.

One thought on “Catching Up with: Kev Turner”