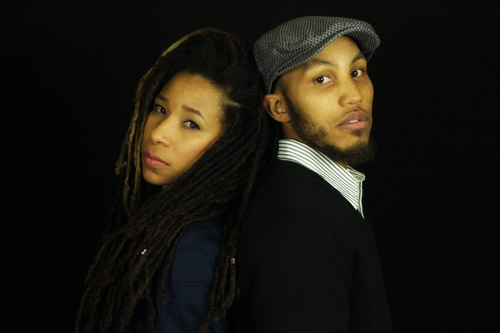 What’s good Hip Hop world, welcome to the 7th entry of Cypher Sessions. In this installment, the topic of discussion will be checking Hip Hop artists that have been overlooked by the masses, which is really unfortunate for all of them, but a special treat for those of us who have heard of these artists. We’ll be going coast to coast with a final stop in the middle of the US; let’s start out in Portland.

The Pacific Rim has often been not only overlooked, but until recently, largely ignored in the larger Hip Hop scene. Most of the notoriety has been going to Seattle as well, with groups like Blue Scholars and Common Market putting Seattle on the map. However, long before the S-E-A was getting fame, an artist in Portland, Oregon was doing his thing for quite a while; that artist goes by the name of Braille. Check out the video below to get a taste of the talent this Portland-bred MC has:

Now, I’m one of the first to admit that I am NOT up on my Christian Rap game, but with Braille, you connect with his message and his content almost instantaneously; if you don’t look up the MC’s information, you can’t even really tell that Braille is a Christian rapper. This seems to have worked against the emcee in two ways; first, he is from Portland, an area often ignored for its Hip Hop scene although it does have one (as most smaller-market cities do).

Secondly, he is a Christian rapper, which for some reason or another has always turned off a large number of Hip Hop fans for some reason. It’s always been an odd thing to me that we in the Hip Hop community often embrace Jewish or Muslim rappers, but disregard Christian rappers. Not trying to get into a philosophical discussion here, just saying there’s a lack of consistency within Hip Hop “acceptance” of different belief systems. But, we’re going to move on to the other side of the US and check out an artist from an area not receiving the attention it once did.

In West Philadelphia…we all know how the rest of that goes, as West Philly was put on the map early by Fresh Prince & DJ Jazzy Jeff. However, since then, crosstown rival Pittsburgh has been receiving quite a bit of buzz from the Hip Hop world, something I’m sure is not lost on Philadelphia emcees. One of those emcees who has been performing that boom bap rap for quite a while now goes by the name of Kev Turner:

Kev Turner is one of those renaissance emcees who brings that raw energy only someone rapping in that Golden Era style can. Add in the ability to have commercial appeal with real rhyming skills, and you have a combination that isn’t necessarily seen in the larger picture of Hip Hop emcees.

In a way, Kev is one of those artists that reminds me of a combination of Common and Slaughterhouse emcees, in that there’s the awareness of the history of the art form, coupled with the abundant energy and presence on the mic. This may somehow work against Turner, as the larger Hip Hop audience can’t always seem to accept an authentic emcee when presented with one. Our last stop on this mini-tour of unknown/overlooked artists finishes at a higher elevation than where we began.

At 5,280 feet, the Mile High City literally and figuratively lives up to its name. The caliber of emcee talent here is quite high, and as one who has experienced the scene here firsthand, it is as foundational Hip Hop as one can get. The awareness of history, the respect of one another (for most artists anyway, unfortunately not all), and the creatively here flows like few other cities anywhere in the world. A perfect representation of this city and multitude of talent that resides within in would be a group that is well-traveled, the Reminders:

Big Samir and Aja Black are a duo that bring knowledge, versatility, and flow to the Hip Hop game that isn’t usually matched with the way these two are set up. Their international understanding already comes from Aja Black being born in Queens and Big Samir being born in Brussels, Belgium. Couple together that they have traveled to multiple countries and have been in multiple festivals, and the two have global experience that fits in well into Denver, considered the crossroads of the US. Like Portland, unfortunately, Denver is often overlooked or ignored due to it not being one of the major markets out there. However, the Denver Hip Hop community is a strong and interconnected one, and do not be surprised to see more Hip Hop acts come out of the Mile High City (someone to follow in The Flobots footsteps, perhaps?).

That’s all for the mini-tour of Hip Hop acts that are often ignored or just overlooked, if you have any acts that you think deserve more exposure and credit, let Cypher Sessions know and comment below. Next week, the topic will be a bit of a different one, but one you will be sure to enjoy.

One thought on “Check The Rhyme, Y’all: Hip Hop in cities too often overlooked”