What’s good everyone, we are back and at it; Cypher Sessions is ready to look into some music you might not be listening to, some jams you might already be feeling, and our take on it all. If you aren’t ready to jump around the music sphere, then take a deep breath, sit down, drink some water, collect yourself, and…..get ready to turn your volume up. This is a rapid fire post, where we are going to hit you with different joints that to us vary sonically and message-wise as well. Without further explanations and our usual intro shenanigans, here we go folks.

Blu is one of those artists where everything he decides to make can easily be mistaken for music from another era; it’s also fair to say that it can also be called that “instant classic” kind of music. The joint above comes from a project that Blu collaborated on with Nottz, a designer of beats from Virginia. The above track is just a taste of what this MC can do, and in case you get a taste and just can’t stop with this joint, then check out the whole EP titled “Gods In The Spirit” here: http://www.djbooth.net/index/albums/review/blu-x-nottz-gods-in-the-spirit . There’s hardly anyone out there that can still craft songs that sound like they are from today and from the classic boom-bap era at the same time. That’s a skill Blu has continued to maintain, and one that music fans everywhere should continue to be very thankful for. 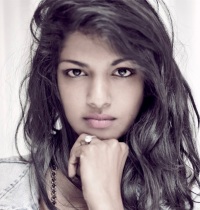 M.I.A is an artist that regardless of the kind of music you enjoy listening to, she will find a way to make it into that music library of yours. She does it again here with a track off her next project entitled “Matangi”, which is out in about two weeks. “Y.A.L.A (You Always Live Again)” is a playful jab at Drake’s signature YOLO and is much more entertaining and infectious. Check out the second single off the album and make sure to have some space to groove to this, as it is quite customary with all M.I.A tracks to unexpectedly jam and find yourself moving to the beat without really realizing that you started to movein the first place. It’s okay, it happens to everybody; and, it’s good for everyone to hear some worldwide sounds that connect with all audiences, everywhere.

Pusha T has garnered a lot of interest during 2013, and rightfully so. The emcee who was/is 1/2 of the hugely underrated Clipse duo (with

his brother, No Malice) has been laying down poisonous verses for over a decade, and now that he is onto his solo career, it’s time to see the VA native shine even more. “My Name Is My Name” is the title of his upcoming project, and in signature Pusha fashion, the emcee has branded it as the album to check for in 2013. While we haven’t heard it yet, we can only imagine what it will consist of. In the meantime, we thought we would share his verse on the Vice remix of Linkin Park’s “I’ll Be Gone” song. This also allows us to take a tangent and inform you that this track will be part of Linkin Park’s newest album, which will be a remix album of their last project; it’s called “Recharged”, due out next week.

Mr. Gambino (aka Donald Glover) has been in the news recently for some really honest reasons, as he Instagram-ed some of his biggest fears and worries; he also has a project called “Because The Internet” coming out Dec. 10th. We had always been on the fence with Childish what with his recent posts about how he’s basically showing that he’s human (what a concept from an artist!), and his music and short film projects, we have become supporters. “3005” (link above) is the first track released from the upcoming album, and it is that kind of song that made Childish stand out in the first place, while also displaying an array of emotions (which is becoming an anomaly in Hip Hop). Forget what Diddy said, Hip Hop hasn’t gotten soft, it’s grown enough to allow people to express themselves in a multitude of ways not originally heard when it all started. But that’s another article for another day. Check out Gambino’s latest songs & films on his website childishgambino.com.

That’s going to do it for this edition of Cypher Sessions. There is just one last note for everyone we’d like to share before we go. We shared the tracks above because we feel it’s important to get out of one’s musical norm, and explore what else is around them. Three of the four tracks we previewed above were because of people we talked to online, and checked out what they were listening to. That is something that’s sorely missing from today’s music listener. If we simply argue why one artist is better than the other, than we are missing a lot of music out there and putting ourselves in a box. Granted, we realize that we have done this before ourselves, for a variety of different reasons. We’ll continue to write position pieces like that in the future too, but we don’t expect you to take our word for gospel. We simply put out our opinion on it so you can get a perspective that is often not out there when it comes to a lot of popular music. We strive to get you to look at music from all angles, as we attempt to do. Always dig into music. You’ll get more back than you ever expected. And with that, until next time…Peace