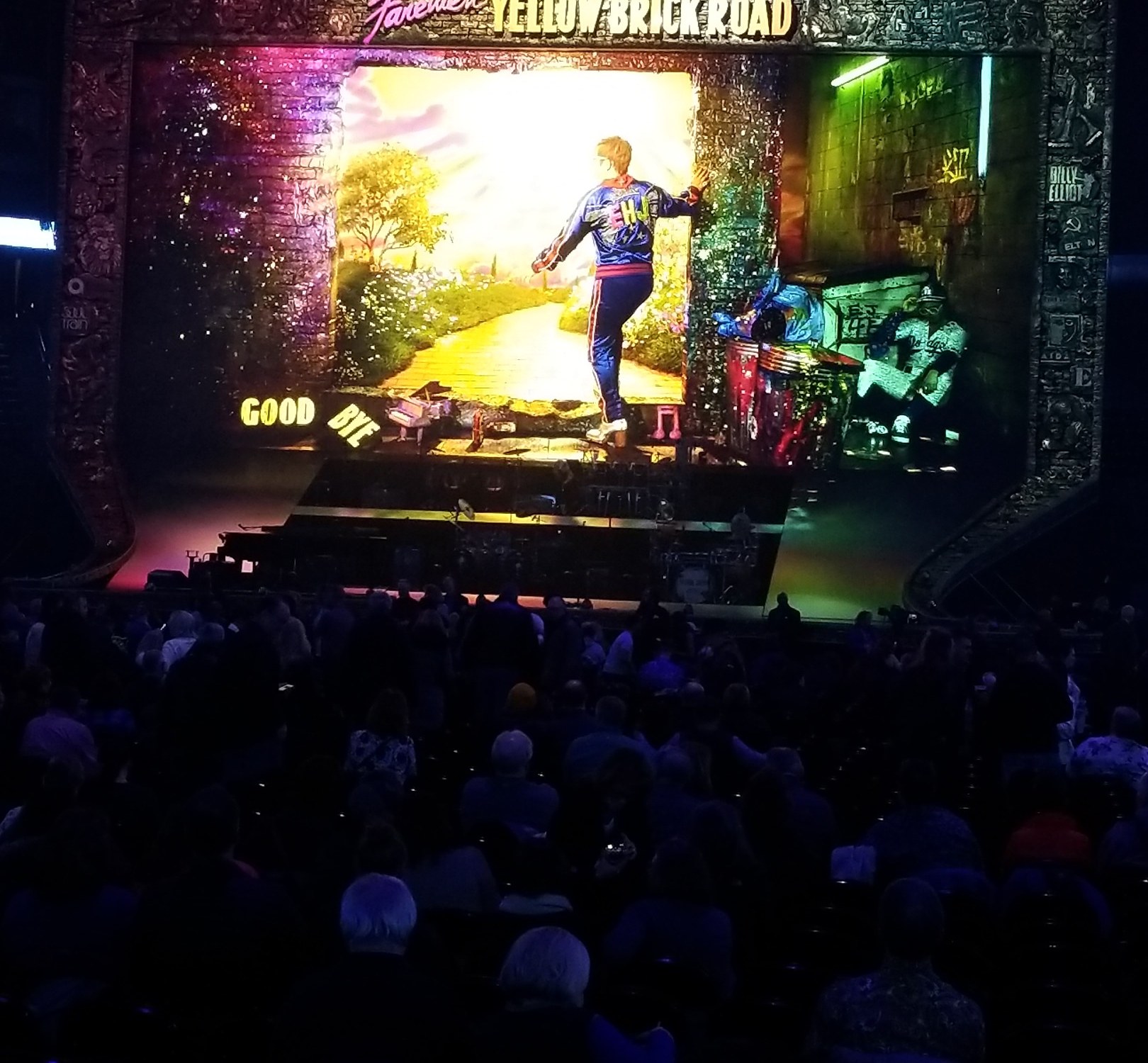 There are very few shows in a music fan’s life that live up to what one expected, and then some.

Whoever your favorite artist is, it’s likely they enjoy Elton John, and the 50-year veteran’s soul was on full display for everyone to witness as the Farewell Yellow Brick Road Tour made its Denver stop Thursday (Feb.7th) night.

The catalog is enormous, and John himself apologized if he didn’t play your favorite song after the opening number (but why no Can You Feel The Love Tonight Elton, why?).

What the British pianist did play, however, was more than enough for the second of his two night stop in Denver.

Bennie and The Jets jumpstarted the show to thunderously joyful cheering and applause. Nearly every song resulted in John getting up to cheer with the crowd, waving to those catching his attention. He then sat down, pushing his coattails out of the way before launching into another hit.

Tiny Dancer and Rocket Man were obviously played. But so were I Guess That’s Why They Call It The Blues, Believe, Daniel, and Saturday Night’s Alright For Fighting, among others.

One of my favorite tracks, I’m Still Standing, felt like a revelation that John hit another level. There’s a certain caliber that a few artists push into that others simply cannot because they haven’t the skill; in reality he had hit it much earlier, but this song made me realize just how talented he is.

A number of moments with the audience

Fortunately for everyone in attendance, Elton John likes to give some background to the songs he’s about to perform.

The best example has to be the song Holy Moses. Six months after its release, the Queen of Soul herself Aretha Franklin covered the song. John, who along with songwriting partner Bernie Taupin wrote Holy Moses, was ecstatic. Every moment John ran into Franklin after learning of that cover, he thanked Aretha, as it jumpstarted things for the singer-songwriter duo.

Towards the end of the night, another striking moment was had as John discussed how thankful he was for his 50 years of being a professional musician.

According to Elton he’s “lived a great life, and received applause for a million lifetimes”, but there’s one thing that he really relishes. In not these exact words he said something to the effect of playing music for another human being and getting a response is the best feeling in the world. He then thanked the crowd again:

The crowd burst into another round of cheering and applause. There were too many of these moments to count, which is a good thing. Before ending the night, John then came back for a two-song encore, including the timeless piece Your Song.

Elton John truly appears to be on his final journey along the yellow brick road, and he’s enjoying every minute of it.

Bonus for your Hip-Hop fans

For those of you who are Hip-Hop fans and like me were pulled into Elton’s discography due to his work being sampled, then you might know which songs I’m going to mention.

If you’re A Tribe Called Quest fan, Solid Wall of Sound from their most recent album samples Bennie and the Jets:

Another partial example comes from Soul/R&B singer Aloe Blacc’s The Man, which uses a famous line from the timeless Your Song:

These are the two most striking examples for me, but there are likely many more I’ve yet to uncover; I relish doing so, almost as much as Elton John is appreciating this last run.

One thought on “The end of the Yellow Brick Road: Elton John’s Farewell tour”