Every artist goes through different phases in their careers. Some are learning how to move a crowd, some are consistently displaying their lyrical and technical abilities, and others are returning to deliver on nostalgic vibes. At Summit Concert Hall here in Denver this Saturday night, Jidenna showed that he’s in between phases. Here’s why that’s not a bad thing.

Jidenna has absolutely no problem capturing an audience’s attention and keeping it. He did so throughout the set, whether it was with the mic, his dance moves, or his stage movement. This guy can dance and get lit with the best of them. This audience hung onto every word and dance move.

As mentioned by Jidenna himself, this audience was pretty diverse by Denver standards (read: few white hipsters, plenty of black and brown folks of every shade imaginable). That’s definitely something noteworthy for Hip-Hop concerts in Denver. However, Jidenna addressed the political climate by highlighting this fact in a way that had every audience member on his side.

“Claiming to be African in this country’s current climate is an act of liberation,” Jidenna said to a very agreeable crowd.

Identity is at the forefront of Jidenna’s message and music. It’s an important part of his discography and one that this audience relates to. The strongest part of the night’s performance had to be the brief interludes where the “Tribe” emcee spoke his truth to the audience, and explaining his intentions with each song. This was something that made me realize why I see Jidenna as in between phases right now. 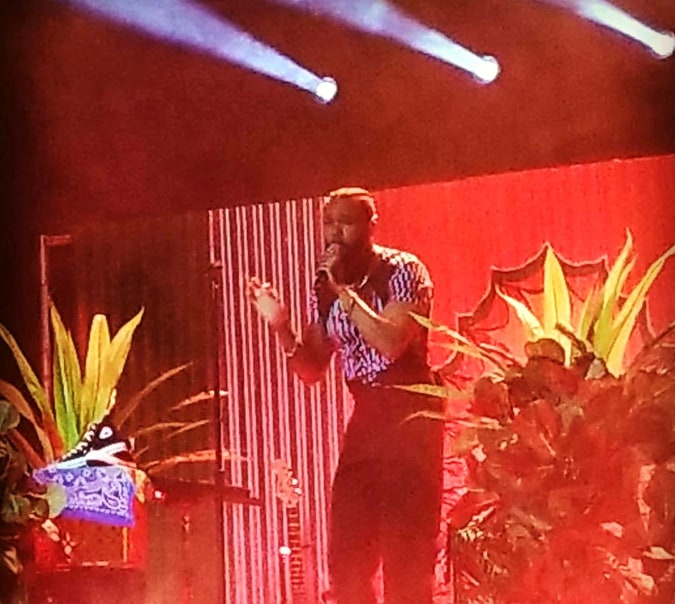 A slight change will do wonders

Backing tracks are something you tend to see pop acts and newer acts do. Perhaps it’s to help cover the inability to dance and rap at the same time, or because that seems to be the thing to do these days. Either way it takes away from the performance, despite the artist’s energy and enthusiasm. This is what I mean when I say Jidenna is in between phases.

Getting rid of the backing vocals would absolutely better display his rapping and singing abilities. It might require him to push towards getting to that next level of performance shape, but it would absolutely catapult him into that next phase of popularity. Perhaps it was something this viewer witnessed that others didn’t.

There are a number of things that could’ve made the performance not as high-level as I expected. The altitude could be something impacting the performance, as someone who has been here a few days might feel it differently than someone who hasn’t been in the state long enough to feel said effects. It could also be due to the fact I witnessed a ruckus-filled Little Brother concert just about 24 hours ago and the two shows are fairly different content-wise.

I’m really not trying to make excuses for why I didn’t enjoy the show as much as I expected to. I think it’s just the backing vocals are something I’ve somehow avoided with other shows I attend.

What’s next for Jidenna?

It’s not all bad news for this rising star. As he mentioned himself, there are a lot of cities left on the “85 to Africa” Tour and the reps will absolutely make him an even better performer. Perhaps at some point if he gets rid of the backing vocals, he’ll notice an audience that responds even more to his vocal delivery.

Voices are instruments just like the drums and bass and DJ equipment that was on stage tonight. Jidenna has a unique and attention-grabbing voice and I see no reason for why he can’t be as big as Drake or Big K.R.I.T; he can both achieve the popularity of the former while maintaining his message like the latter.

Here’s to meeting those expectations stated above. Long Live The Chief.