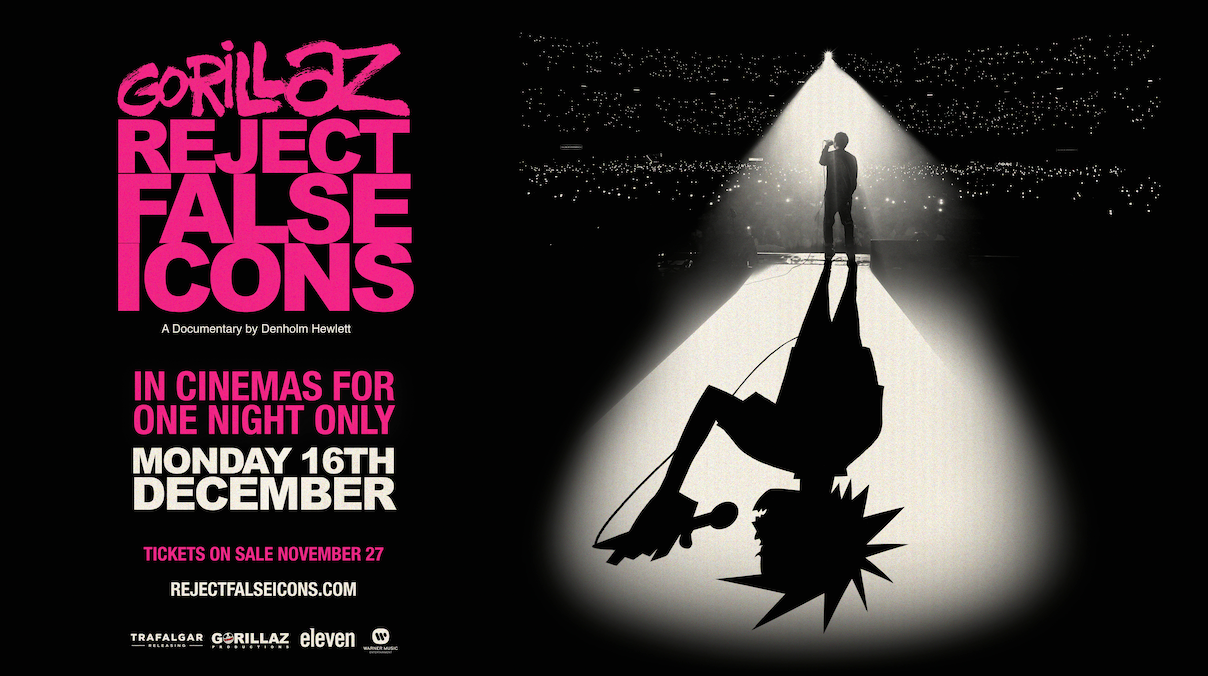 Welcome to another edition of Cypher Flicks, where I review a new film that is in theaters now. The difference in this piece is that the following film was a one night only affair. To be honest, it was something I’m still unpacking.

The Gorillaz have been around for about two decades, and it’s always been a big party. In “Gorillaz: Reject False Icons”, Damon Albarn and Jamie Hewlett basically archive a year-long tour that’s sandwiched between the release of two albums: Humanz and The Now Now. 96 shows are performed across Japan, South Korea, Paraguay, Chile, the United States, the United Kingdom and Europe. Here’s where it was confusing and yet good at the same time. 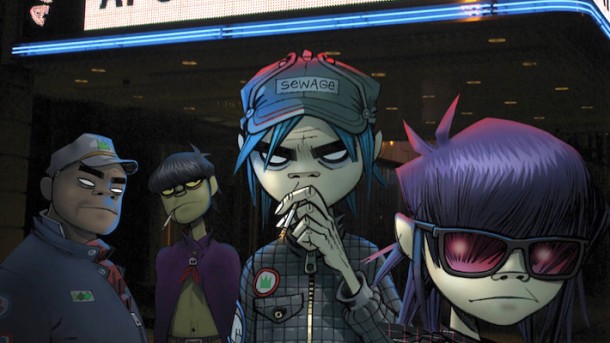 It’s a Party that never ends

Damon Albarn clearly enjoys what he’s doing and he seeks to collaborate with everyone in the world of music. From George Benson to Bobby Womack (R.I.P), Snoop to De La Soul to Pusha T, the artists to list is endless. Pusha T and Mavis Staples together is just one of countless examples of the musical compatibility Albarn crafts.

It’s honestly very intriguing to see the studio time with Albarn, Seye Adelekan, Gabriel Wallace, Peven Everett and many other core members. The jam sessions are organic and natural, the playfulness of it all keeps the viewers’ attention and it’s something you hope to see from all bands on tour. There are times when things get slightly bumpy, but the members on film quickly deal and stick to making the show go on.

This is all well and good, but it gets a bit drawn out for a couple of reasons.

Perhaps my own experience with music documentaries and the style I’m used to with Hip-Hop documentaries having a particular narrative is why I’m a bit thrown off. There is no narrator in this film. By default the audience likely takes Albarn as one because he is the principal musical creator. However, I didn’t realize this was an archival capture of the tour and studio sessions and nothing else for far too long.

I kept expecting some kind of narration in terms of a particular story. Sure, the subtitles alert us to where the Gorillaz are touring, how much time they have to finish an album, etc. But there is no direct storyteller. Don’t get me wrong, I am fine with two hours of Gorillaz concert, studio, and music video footage. 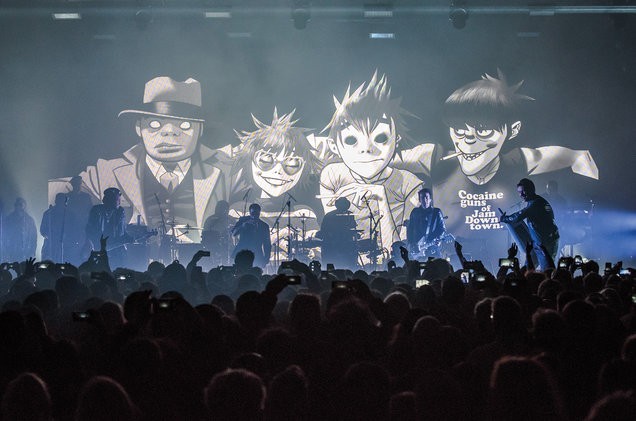 It just felt kind of art house, figure it out already this is what it is, kind of vibe. The Gorillaz aren’t that in-depth with their songs. But, it felt very loose and lacking of structure. The creative process is often very open-ended, but storytelling still needs some kind of beginning, middle, and end.

This movie was very enjoyable once it’s made evident this is tour and studio footage that music fans likely wouldn’t otherwise see. Plus, it kind of felt like the Gorillaz are an odd conglomeration that feels like George Clinton and Parliament Funkadelic mixed with a dash of Elton John and 2000s Hip-Hop. Bottom line, if you can find this film online somewhere it’s worth your time. It’s a party captured as a two hour concert of sorts, and that’s what the Gorillaz focus on.