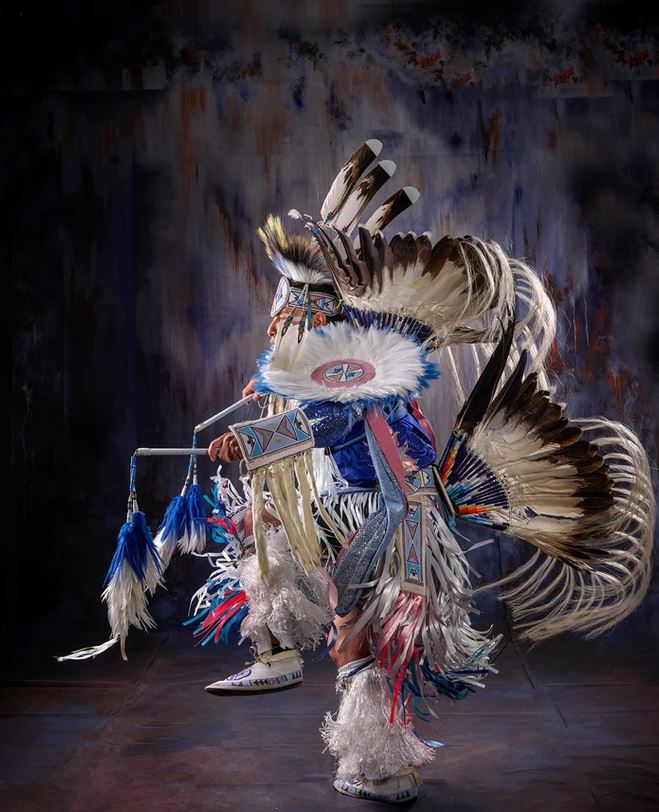 Cypher Sessions interviews Supaman and it could not be something we’re more excited about. This emcee has been on our list of people to interview for over a year now, and his music delivers something other artists just don’t. The beat production, the rhymes, it’s a sound and delivery that isn’t on the radio but needs to be.

Due to good old COVID-19, this is another one of those email interviews held over the interwebs. The upside of that is everyone clearly maintained distance and no contact happened. The downside is that exchanging words via email captures a person’s ideas in a different manner. However, this interviews was one that was thoroughly enjoyed on our side, and hopefully on Supaman’s side as well.

For those of you who are unfamiliar with this Apsaalooke Nation emcee out of Montana, let’s learn more about Supaman.

Cypher Sessions (CS): What person or moment inspired you to start writing and rapping?

Supaman (SM): When it comes to writing and rapping, we always used to freestyle for fun but it wasn’t until we heard other “Natives” rapping, that I was inspired to write.

CS: That’s dope how once you heard others in your culture do it, you acted on that inspiration. Which artists/mentors did you look up to and gain knowledge from in your creative endeavors?

CS: Gotta keep that pen game strong, that makes sense. Speaking of, which new artists/creatives are you impressed by and would perhaps want to collaborate with?

SM: To name a few, I like J. Cole, Flatbush Zombies, Earth Gang. I would definitely like to collaborate with Anderson .Paak, dude is so talented all around.

CS: Those are all collaborations that are needed ASAP. When it comes to recording a new song, do you write verses first, select a beat, or something else? How does the song come together for you?

SM: Most of the time it’ll start with whatever beat I’m writing to, whatever vibe it’s giving off will influence the song for sure. Other times I’ll just have ideas or punchlines written down over time that I’ll put together over whatever feel I think the verses give off.

Creating in an unruly world

CS: There’s a lot happening in 2020. How has COVID-19 and the recent protests impacted how you create music?

SM: Well I was just starting a tour when the virus stopped that, but it allowed me time at home to chill a bit and get creative. I have been wanting to finish a project but with touring sometimes it’s almost impossible, so this actually gave me the time I needed to create.

It also has changed the perspectives of a lot of artists.

CS: That sounds like a good thing. With the recent court decisions regarding the Dakota Access Pipeline and the tribal land in Oklahoma, what do you think should happen next in regards to actions taken by the US government towards Native Americans and Indigenous peoples?

SM: I think it’s a great step in the right direction. There is so much to do when it comes to the relationship between the government and Native Nations, but I feel it’s a great time to talk about and take action on so many injustices done since the first invasion of our lands.

Even today (July 13th), I seen they changed the “R” word and logo for Washington’s football team after decades of being told by natives how that is a misrepresentation.

CS: Yes, that was long overdue! What’s the biggest misconception you’ve come across towards Indigenous peoples in Hip-Hop?

SM: I’d say people in society haven’t been taught true history about Indigenous peoples here, so that trickles down to hip hop as well. They are used to the stereotypes so it becomes educational for us to highlight these things in our music.

CS: Mmmhm, there’s a lot to unlearn. To follow that up, how can Hip-Hop better include and highlight Native American Hip-Hop artists?

SM: I don’t think we are owed anything in hip hop but maybe it’s time for a major label to promote a true Indigenous M.C that comes from the community who would give us a good genuine voice.

You pretty much have to go searching for Indigenous emcees rather than seeing one promoted by the mainstream. Which is ok too. We don’t always have to share who we are with anybody, we are comfortable with ourselves just the same.

CS: Are there any words of inspiration that you’d like to pass along to new artists just starting their creative journeys?

SM: I would say this life experience on earth is so short, do whatever you want. Follow your heart wherever it leads you and try to help people and do good along the way.

CS: Absolutely spot on. Are you working on any new projects that you’d like to discuss?

SM: I’m finishing up a project titled “Frequency”, it features production from Grammy-award winning producer “Nottz”. Production from “Praise” and myself. Look for that in the coming months.

CS: Is there anything that I’ve missed above that you’d like to mention?

SM: If there’s anything else people would like to know they can google it (laughs).

CS: Please drop your social media info and where to find your music:

Somehow yet again, the interview has come and gone. I want to thank Supaman for agreeing to this interview with Cypher Sessions. His music and message are honestly some freshness all Hip-Hop fans need to dig into.

If you liked what you read and heard above, check him out. For everyone who checked out our second interview in our 2020 series, thanks for reading. Stay tuned as next time should be another intriguing artist.