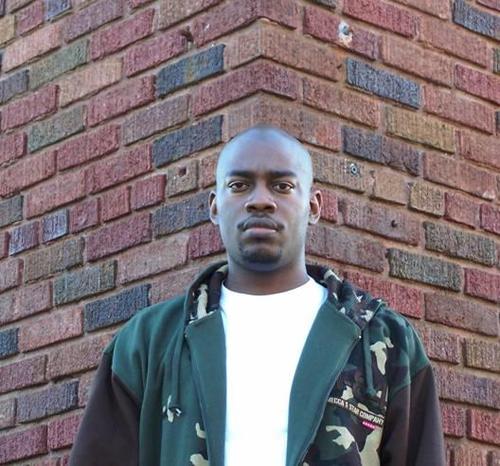 Hello again Cypher Sessions readers, and welcome to Part 2 of our interview with Edgar Allen Floe! If you have been patiently (or even better impatiently) waiting for Part 2, here it is below. Get ready: 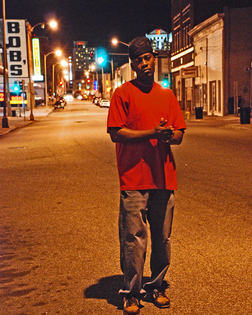 To those unfamiliar with the North Carolina Hip Hop scene (which is criminal to us), where would you say the scene is right now, and why is it that NC might not be seen as similar to Minneapolis or Seattle?
The scene in NC is still strong, but we’ve been on a roller coaster ride the last 10 years.  In the early 2000s, things were building and the average show in the Triangle (Raleigh/Durham/Chapel Hill) area was a melting pot of dope artists.  Then in the late 2000s it seemed to die down for a couple of years, but it’s picking back up now.  Our scene will always be strong overall, because we have a ton of great talent.  And I’ve said this years ago, but I think the scene would be stronger if more artists would combine their skills, thoughts, and resources, and do more collaborative work.
I’m cool with virtually every artist I’ve ever come in contact with in NC.  You respect mine, I respect yours.  There is still a lot of improvement we should make to make things even bigger around here, and I truly believe it starts with getting rid of any egos and just working more together.

How does the Hip Hop of today compare to when your group the Undefined were just coming together?

Wow.  A lot of people don’t know about The Undefined [here’s a taste of what EA is talking about: The Undefined-Gone ].  That was my first group that I started with way back in the day.  My partner in rhyme is Mal Demolish, and we started back in the mid to late 90s.  Anyone who came up and were apart of the Hip Hop scene back then knew it was a totally different atmosphere than today.  The bulk of your classic Hip Hop albums came out in the 90s.
To this day, we celebrate albums that dropped 20 years ago, and they still sound as dope as ever.  I honestly don’t think much of the releases that are out today will last 20 years…not even 5 years.  Now there are a handful of new artists that I like, but that handful is nothing compared to the number of artists back in the day.  That’s all I want…is for the norm in Hip Hop to be greatness again.  The gimmicks and trends have taken over, and we are seeing it with most new releases today.

Hip Hop culture has always been something embraced by everyone who rhymes, makes beats, tags, or dances. My question is, how does one bring everyone together again? I’ve seen big park jams, but it’s like one or two in the summer and then people go back to their own lane. Is it possible to break that?

I believe it is possible to break that cycle.  But there has to be a love for where it all came from.  A love for the kulture, not just the “hot” artists right now.  That’s where we are losing.  We are missing the kulture in Hip Hop today.  A lot of Emcees don’t look to deliver some next-level lyrics anymore, because no one else is doing it as a whole.  There are only a small handful that are on a major label that actually are doing it.  But the norm is not about that.  Can you think of 20 new artists right now that would be sincerely open to doing a song like “Self Destruction”?  I can’t think of 10.  And that’s the problem.
The consciousness is not there in our music anymore.  Not to say everybody has to rhyme like Public Enemy or Poor Righteous Teachers.  But even a basic level of consciousness is something you won’t find in many artists today.  And the saddest part about it is that they probably have that consciousness, but are afraid to relay it in their music.  It’s just another example of artists that are afraid to just do them and be themselves.
http://www.youtube.com/watch?v=rbDb2vxKr94

Outside of Hip Hop, what do you really enjoy getting into: movies, sports, video games, traveling, something else I didn’t list at all?

Most of my friends and fans know I love basketball.  I played in High School and was going to try to play at NC State, but decided not to.  Celtics all day!!!!!   I am into music equipment as well.  I’ve produced tracks occasionally over the years, but always wanted to be able to do more production for other artists.  Just today I was looking at a keyboard workstation that I’m thinking about purchasing.  I’m into reading insightful books as well that deal with topics outside of our normal everyday hustle and bustle.  Anything that engages my brainwaves, I’m all for it.

If you could decide one thing in D.C that had to be implemented or worked on as a top priority, what would it be?

Mental Health….that’s it…period.  So many issues that we see or deal with every day has mental health involved on some level.  More than just the economy, good jobs, and all of that.  On the real, I wouldn’t even give Washington that kind of responsibility, because many people are going crazy because of Washington!  But we need to figure out a way to keep minds healthy.  Stop saying “oh that person just snapped”, but instead figure out the root of the problem.
Why did that person snap? What was so extreme in their life that it brought them to a point of killing their family, kids, and themselves.  People are making a huge deal about gun control, but just last week we had two bombs go off in Boston!  I guess we need a Bomb Control bill passed now.  Nah…let’s think about why people’s minds are so out of wack that they choose to want to kill!  The government is only a small part of the real solution.

Just anybody with a great grind, or great music.  Look more into North Carolina artists!  You already know what we’re working with out here!  lol

Thank you for your time Floe, we really appreciate it!

Thanks for the opportunity.  Check out my site eafloe.com for potentially life-changing words and insight.   Peace! 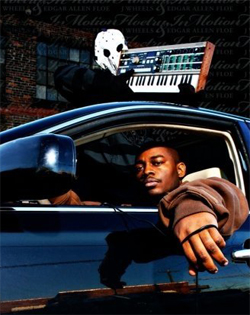 That’s going to do it for our two-part interview with Edgar Allen Floe. Make sure to comment your thoughts below, and you can always chat with us or Edgar on Twitter, just search Cypher Sessions or Edgar Allen Floe and both should pop right up. Thanks for reading, we hope you enjoyed this.