Hello there, and welcome to the newest issue of Cypher Sessions. We hope you enjoyed our two-part interview with Edgar Allen Floe (which can be reached from our main page as well as EA’s website. In this newest edition, we will be delving into the new elephant in the Hip Hop world that really hasn’t been discussed much besides an article from Hip Hop/EDM producer A-Trak ( License to Pill ), as well as a recent stand by Hip Hop’s most recent darling newcomer, Kendrick Lamar, stating that he was against Molly Rap (Kendrick Lamar Offers Opinion On Molly Rap) . That topic of course is the rising subgenre of Hip Hop often known as Drug Rap. 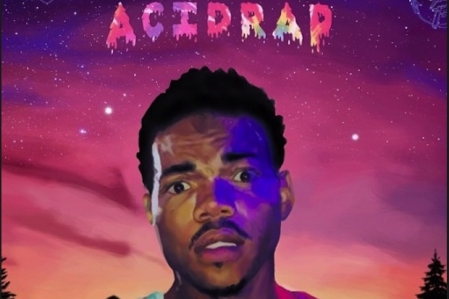 Drug rap has been discussed through a variety of drugs, from Molly and prescription pills to Acid and Cocaine. Most recently Molly and Acid have been the two main drugs of choice when it comes to rappers discussing life using and feeling the effects of these drugs. It’s something that has been more and more accepted because at the end of the day Hip Hop has undoubtedly had trends that were not always considered okay to accept.

With that being said however, this is yet again a dangerous line to tip-toe along, because much like the money, alcohol, and women that have been displayed as images to often push forth their image and brand (unfortunately), this is one of those things that many won’t see as just showmanship or the next way of getting notoriety. And that’s the big issue here.

This isn’t to say that the argument being made is about whether or not using drugs is a good thing or a bad thing; that’s up to the individual and their choice and how responsible they choose to be. It is being said that the perception of use that’s being put forward is the bigger issue at hand.

This increased exposure isn’t a good thing for people who are easily influenced or who have dealt with addiction of some kind. It also inadvertently reaches the youth who are already pretty easy to shape and mold when it comes to getting kids to do “what’s cool” and what not. That’s something that doesn’t seem to really be thought about, however.

Many artists also have a point in that while they often are looked up to and followed in terms of the decisions they make and things they say, artists are not completely obligated to conduct themselves as such. This all is very sticky, but it also brings up another question that was brought to mind after reading A-Trak’s article: how did artists and Hip Hop get duped even further when it comes to drug use?

For the longest time, Hip Hop artists glamorized and told stories about selling drugs, making major profits, and living lives of ridiculous luxury. Fast forward to the past couple of years, and a lot of the more popular artists who are selling songs and filling the charts are mainly talking about how they consume drugs and the associated events that happen during and after taking said drugs. From the perspective of this listener and active community member of Hip Hop, how did these artists and consequentially their listeners go from at the very least making a living out of selling drugs, to becoming the customers of said products?

Now, promoting the selling of drugs is the last thing that’s being pushed forward here right now, but what is being questioned is how did even that tiny bit of power, that one gritty, corrosive, and ugly tool of the streets change and slip away? Granted, we are in a world that’s much more globalized than it used to be, and a lot of those products aren’t distributed in the same way anymore, but one would think that there would still be those involved in mainly selling and not consuming.

It could be that the focus has shifted simply to avoid unwanted attention from the law since law enforcement has completely dedicated themselves to tackling the problem of selling drugs (unsuccessfully, we might add). What is more likely than this explanation is that the hustle in Hip Hop has changed from selling products to basically becoming the product.

A lot of artists out there are a product, label, and image at the same time, and often times artists clump themselves together with other like-minded artists in order to get even more buzz and hype then they had individually. That’s probably one of the worst side effects of the increased popularity of the Drug Rap movement that’s been happening, is that while people have taken drugs for a variety of reasons, it seems that the perception/image of who they are has become blurred.

You can chalk up that blurred image up to the drugs or the artist, but the bottom line is that this subgenre isn’t doing too much to help those who are so enthralled in it. Only time will tell if that changes, and some might point to the success of artists like Danny Brown, Chance The Rapper, and others who have made it as evidence of how helpful Drug Rap is. The jury seems to still be out on this one.