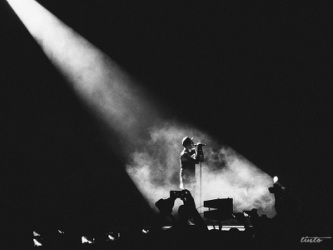 It is that time of the year again, where things are winding down long before you thought they would, or should. NaPoWriMo 2015 has been quite a ride, and we hope you all have enjoyed it as much as we have. This is the first of two posts this evening, as we are playing a bit of catch-up from missing a poem or two this month. Here’s what’s on our mind for this first piece:

the number of times rallies have happened and hopped off

the number of times someone died for their color

is truly some bizarre-type ish,

that’s how the mainstream media wants you to feel

oh those so and so people complaining again,

but on the real,

the truth is none of this stuff changing,

that’s why there’s protests in the street

and for the majority of those marching

violence is not something being partaken in,

the mistake that’s in,

the thing that’s detracting from the issues of Baltimore

is that people dividing themselves away from the topic

like it’s not something that impacts you and yours,

but on the real,

it’s women, the old, the young, LGBT, and anyone deemed

not the status quo

but if you let them know,

oh how dare you make anyone face white guilt,

there’s all kinds of privileges being exercised,

and not recognized and checked,

of authorities and the government

is to profit as long as possible,

the window to greatest gains for the rich,

for the rest of us a closed obstacle,

the hospital, the jail,

or the morgue is your determined resting place,

if you decide to contradict or stand up to injustice,

incredulously enough even if you do it non-violent,

so I stay aware of the space around me,

not looking for unidentified aircraft vehicles to approach me,

because while I can drone on,

I won’t be droned on,

that goes for the same, whether or not if

many more of us need to ignite the inner poet,

to deliver and get our ferocious flow on