It has been quite some time since Cypher Flicks has covered a movie, opting to cover popular television/online series instead. However, after a fairly long hiatus since our Cypher Sessions review of Creed it is time for an extensive movie review, and what better movie to do so with then the end of summer blockbuster film, Suicide Squad. This film has been long awaited by DC and comic book fans for over a year now since it was announced this project would be happening, and it has not gone without criticism. Warner Brothers is frantically working to play catch-up to Disney’s Marvel Universe with their own DC Extended Universe that officially started back with Man of Steel in 2013. After Batman vs. Superman arrived earlier this year to a huge first weekend and an equal amount of scathing critiques, this David Ayer-directed film arrived this August and has faced a ton of scrutiny. But, let’s get into why that scrutiny is misplaced, and how Suicide Squad did a host of things fairly well. Also, it might be hard not to have some spoilers, so prepare yourself now for mild spoilers ahead. 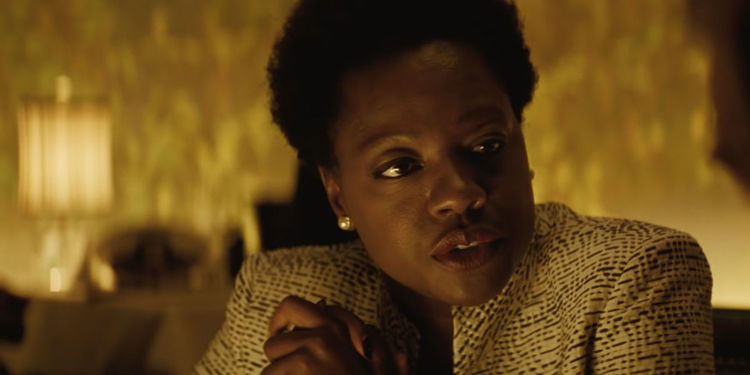 There are some comic book source material issues as there are with any comic book movie, but for the most part, Ayer does a very good job of not only presenting origin info for each character in the Squad, but also showing how each character gets tracked down and forced into Task Force X. The creation of Task Force X, also known as Suicide Squad, is helmed by Amanda Waller and she is a magnificently smart, crafty character who can makes things happen that few others can. Viola Davis does a splendid job of capturing Waller’s ideals, plans, and the steps she takes throughout the movie to make Task Force X execute. It is of course by no means easy to make people do what will seemingly do little to nothing to help their own cause, but Waller still extracts that out of each character she deals with.

Harley Quinn (Margot Robbie), Enchantress (Cara Delevingne), Deadshot (Will Smith), Captain Boomerang (Jai Courtney), Diablo (Jay Hernandez), and Killer Croc (Adewale Akinnuoye Agbaje) are the team members who are given a brief intro as to what their skills are, what they specialize in, and just how Waller got a hold of them in the first place. This iteration of the Squad is reflective of the New 52 Suicide Squad, with the exception of Killer Croc substituting in for King Shark. Back to what worked, the brief introduction segments feel graphic in terms of how they feel like comic book pages, and how the pace quickly moves things along and does not spend unnecessary time trying to develop pieces of an ensemble, which is something most critics appear to be hung up on. The character named Slipknot (Adam Beach) is not given the same kind of intro, as he is a late recruit and his time on the Squad is short and deadly. Rick Flag (Joel Kinnaman) and Katana (Karen Fukuhara) are in charge of this motley crew, as Flag is the leader and Katana volunteers her time and talents to keep an eye on everyone. 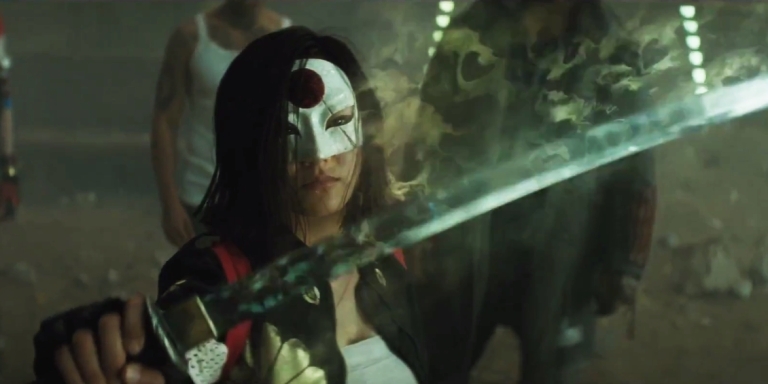 Katana is particularly well done when it comes to honoring source material with how she strictly follows her code of ethics and rules, as well as how she talks to her sword; her sword captures the soul of everyone it has ever killed, and Katana talks to her dead husband since he was also killed by that same sword. Flag is also another character bent by the will of Waller, as she possesses the Enchantress’ heart, which is how control is taken of the ancient being. Flag is dating Enchantress’ counterpart June Moone, which makes him just as susceptible to Waller’s decisions as Enchantress initially is (that changes when she finds her brother and chaos ensues). All that has been mentioned above lines up more or less with what happens in the comics, although again there are some discrepancies with certain aspects of some characters, such as Slipknot not showing what his true skills are, and Boomerang’s watered down persona (in the comics, his character is regularly unbearable and terrible). That leads us to the character progression throughout the film.

While it was simply fantastic to see a whole new cast of characters that haven’t been shown before in a comic book movie, there are certain characters whose growth throughout the film make it what it is. In particular, Harley Quinn, Deadshot, and Diablo are the characters that really come to mind in this regard. Deadshot from the get go is shown as someone who has allegiances to almost no one-except for his daughter. This is what traps him in the first place when he encounters Batman (Ben Affleck). According to the comics, a much worse fate happens to his daughter, but with the whole PG-13 rating, it was unlikely that same fate would befall her. Still, despite his hardened exterior and various attempts to not really invest in the team or Flag’s leadership, Deadshot’s character shifts to the ultimate team player when things start to get rough. After multiple times heading up the effort to save Flag, Deadshot and Flag begin to have an odd respect for one another. It helps that Waller continues to hold a promising future with his daughter above his head the whole time. 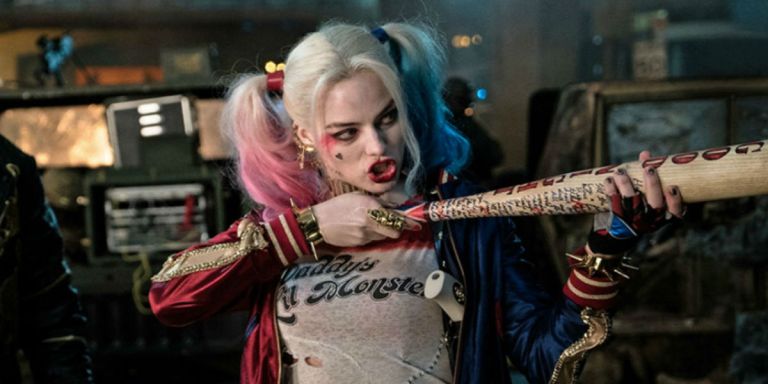 Harley Quinn is a very difficult character to pull off, not because of the look or the attitude or accent (all of which Robbie pull off flawlessly), but because of the tepid relationship she has with the Joker (Jared Leto), and the decision made by her to realize he is not what she ultimately needs. While the latter of that description isn’t something that’s developed more because it is a ensemble film after all, Robbie does a phenomenal job of showing viewers the many layers that this character has. Harley isn’t just lovesick over Joker, she is obsessed, codependent, and oddly over the Crime Prince of Gotham all at once. The testing of her loyalty to him, the decision to help Task Force X despite really having the ability to escape the Squad once her neck bomb chip is terminated (the whole Squad has them implemented early on as a escape prevention measure), and her act of trickery with the Enchantress? These three things all encapsulate and at the same time leave the viewer wanting more because she transforms from loyal lover to an independent woman who will choose if the Joker will get her by his side again. Of course, the solo Harley Quinn movie will delve into all of this more, but to be able to develop Quinn this much is exciting.

Diablo is a character at times that appears to be just background and someone who isn’t really going to have an impact on the outcome of the mission at hand. It is slowly shown just how much his past actions have frozen him into inaction, and just how much thought he has put into what his powers can do and what they can change in terms of his surroundings. Hernandez does a wicked job of displaying why Diablo is so restrained until the second half of the movie and why he decides to in some way, alter the path of his newfound “family”, almost as if to rectify what he did to his real family in the first place. This decision is key in the fight against the Enchantress and her brother, and while he doesn’t have a happy ending, he does meet his end in a very respectable way.

This movie is fun!

So, let’s wrap this up with why this movie is so much better than all of those who have decided to rake it through the mud: this movie is fun. The whole idea of this film is fresh, and it has done something that not a single comic book movie before it has, which is a film about villains. Plus, these villains aren’t just one-dimensional bad guys that are set up to fail, there actually is a plan for this cohort, and while there are a lot of stories to cover, there is a whole lot going on throughout this film. The pacing is good, the visuals are enjoyable, the team aspect of the Squad has certain characters playing certain necessary roles, and the supposedly impossible becomes possible: the bad guys do good! Yes, it comes at the cost of many civilian lives, and yes it was against one of the team’s initial members, but how many civilians die in both Avengers? Batman vs Superman?  List a number of other comic book movies, and people get hurt or die. It’s bound to happen. The fight between Good and Evil will always have casualties on both sides, and there is no FLAWLESS VICTORY! in these kinds of stories. Money-wise, this film did slightly better than Guardians of the Galaxy and has made hundreds of millions of dollars domestically and abroad. Despite whatever all of the naysayers of this film think, people went to go and see it. Warner Brothers and DC of course have work to do for their future movies; however, this was a big step in the right direction. That’s why Suicide Squad delivered.