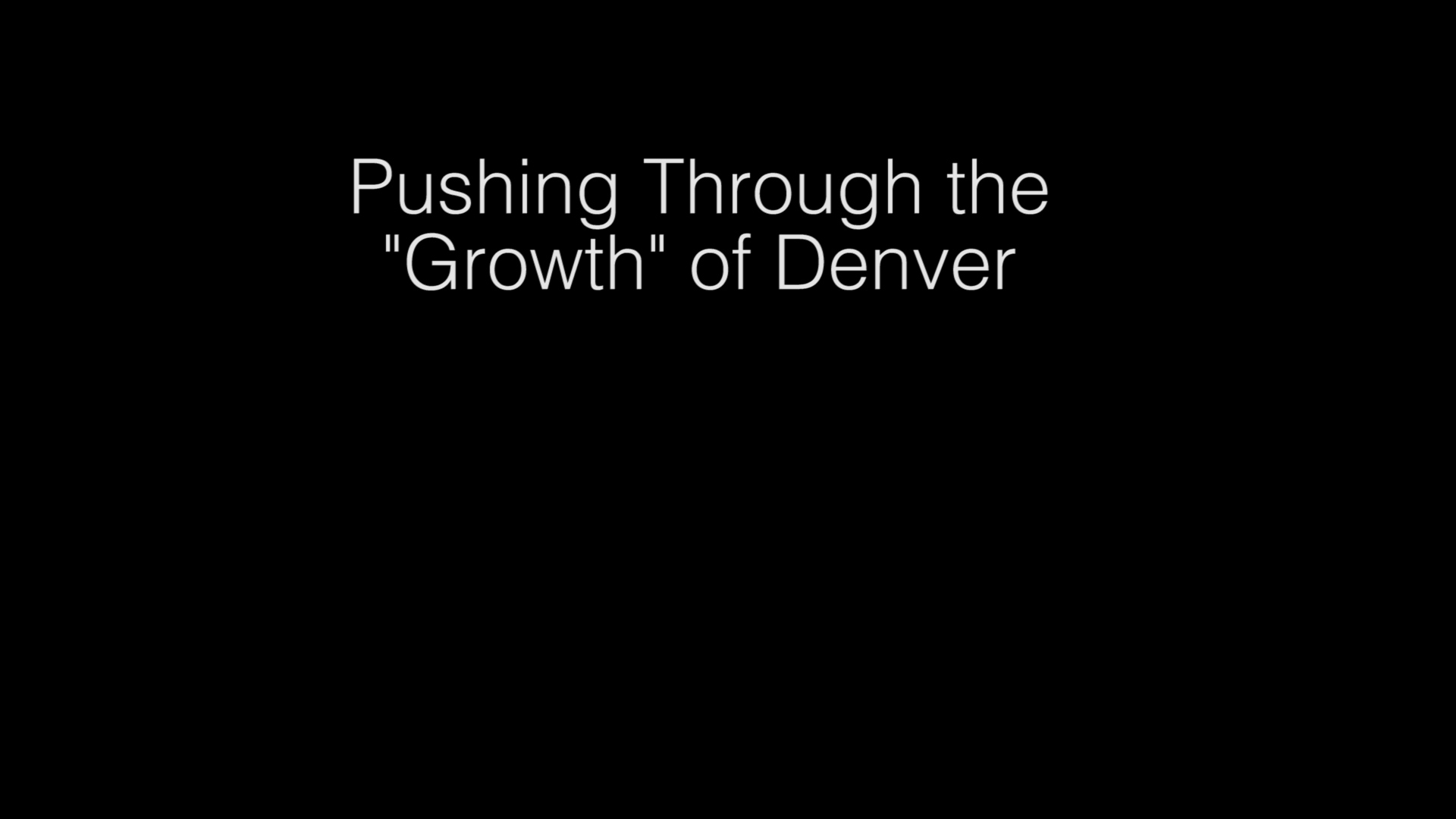 I’ve always wanted to tell stories about where I’m from largely because of how underrepresented Denver is in many arenas.

Denver’s music scene is a great example of this: people from other places come here thinking they’re establishing something when it was already here to begin with.

This film focuses on who’s already here in the Denver music scene and has been excluded largely due to genre and background.

For the purposes of this film and article, the “Denver music scene” moniker represents jam bands, indie, folk, and pop-rock groups that appear as the face of Denver music.

Figuring out the story

Originally this was going to be a film about the loss of creative spaces in Denver. Places like the Gypsy Cafe, Rhinoceropolis, and Glob have all been closed for reasons ranging from city code violations to property being sold to new developers.

While learning about this, genres not part of the jam band, indie-folk, pop rock scene were the acts responding. Chicano Funk, Metal, and Hip-Hop artists were all receptive and responsive to the idea of this project.

The story focus then shifted onto the artists themselves and not the spaces lost.

Another factor in why the story focus shifted was due to how unavailable certain acts were. Nathaniel Rateliff, The Lumineers, The Fray—none of them responded to inquiries.

I also recently found out about the death of Colin Ward, who was quite involved with creative spaces and the DIY scene in Denver.

This likely explains why those in the DIY scene didn’t really get back to me until just recently, which is certainly understandable.

Luckily, persistence paid off for reaching the acts who are in this film.

Los Mocochetes, The Goat Hill Massacre, and Ill Seven were all excited and ready to interview and immediately welcomed me into their practice spaces. I went to several practices for the first two bands, as well as different locations with Ill Seven.

Snippets from these practices are in the final film as well as in the Behind The Scenes companion series that ran from February to the end of March.

Both of Ill Seven’s interviews were fantastic; unfortunately the first one was unusable due to the audio being nothing but static.

Interviewing John Wenzel from the Denver Post was also thoroughly enjoyable, in part because of the venue and seeing a printing press in person for the first time.

Also, I absolutely appreciated Jamie Laurie from The Flobots sitting down for an interview despite his very packed schedule; priceless experience was gained from this interview.

Compiling around a half-dozen hours’ worth of content into this final product was slightly overwhelming. However, storyboarding was very helpful.

The goal of this story was twofold. First, finding how musicians dealt with limited creative spaces to practice was the first portion. Second, the musicians’ responses to a lack of support from the larger Denver music scene was vital in describing their mentality of pushing through.

I wanted repetition to be evident so certain editing choices made sense throughout. This is also why Wenzel and Laurie are only heard from once, while the three musical acts spoke multiple times.

I would like to thank all of the members of Los Mocochetes, The Goat Hill Massacre, Ill Seven, John Wenzel, and of course Jamie Laurie for being a part of this project.

You all are working hard on your craft, as well as working to bring together people in your communities and respective genres.

I appreciate John Wenzel and Dylan Owens for referring me to John; getting to go to the Denver Post was a really cool experience and I hope it’s not my last time there.

Again, Jamie Laurie and everyone that was at the event you were running errands for on the day of our interview: thank you.

Lastly I would like to thank my committee members: Pat Ferrucci, Pat Clark, and Adam Bradley. I appreciate the contacts and advice given during this project.

2 thoughts on “Pushing Through the “Growth” of Denver: article and movie”