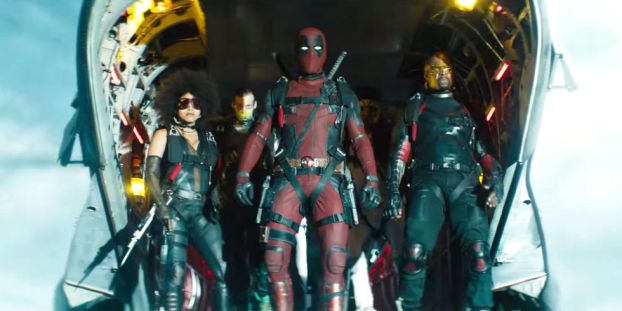 Deadpool 2 rightly knocked Avengers: Infinity War off the top spot at the movies this weekend due to a high-speed joyride through Deadpool’s world (X-Force!). Impressive performances from Zazie Beetz (Domino) and Josh Brolin (Cable) made this ensemble a family film of the darkest variety.

However, the role that deserves more kudos than it’s getting is that of Russell Collins/Firefist, played by New Zealander Julian Dennison. The 15-year old actor has been getting a good deal of press largely in New Zealand, and a bit here in the United States as well.

The young actor does a solid role of playing a young mutant who has been abused and is figuring out how to grow up with the powers that he has.

Like many other Deadpool-related characters, he is flawed, doesn’t make the best choice the first time, and tends to stubbornly double-down on a decision instead of switching directions when an opportunity presents itself to do so. Dennison’s character also brings up another important point not being discussed enough.

How often do you see overweight/bigger superheroes? Firefist/Russell is by no means a superhero in the traditional sense, either.

Like Deadpool he’s much more of an anti-hero/still figuring it out individual.  Also, these characters tend to get typecast into two kinds of roles: a B team superhero (sorry, Colossus) or a villain (Thanos, Juggernaut, Kingpin, Doctor Octopus, the list goes on).

Russell’s line about this when he and Wade are in the “Icebox” hit close to home. As someone who has struggled with his weight my entire life, I winced a little when this point was brought up on the screen.

The good news is, Dennison’s casting as Firefist provides another example of someone who isn’t the prototypical body type for a superhero can still play the role and play it well. This is important, it’s a step in the right direction.

Granted, there’s still some work to do. He might not be the hero of the film, but he is a kid trying to figure out life and that’s as realistic as you can get in a superhero movie (sorry, Batman).

The other side of the coin is that audiences still need to see more and more people like Dennison cast in all kinds of roles in order to see someone who isn’t the societal expectation of what a superhero looks like onscreen (read: chiseled, extremely muscular).

Stereotypes will still exist, just like they do for Black, Latinx, Women, and LGBT character roles. The stereotypes might even sting a little when they’re close but not quite on the mark. But, once someone finally nails it a la Black Panther/Wonder Woman status, it’ll be just as wonderful as those roles were.

People often go to watch movies, concerts, and plays for a sense of escapism from reality that we all can enjoy. It’s certainly a bit perplexing that we seek ourselves reflected in these fictions that are supposed to help us all escape from said reality.

It appears that out of reality, roles that reflect everyone might help each and every one of us improve ourselves in reality.