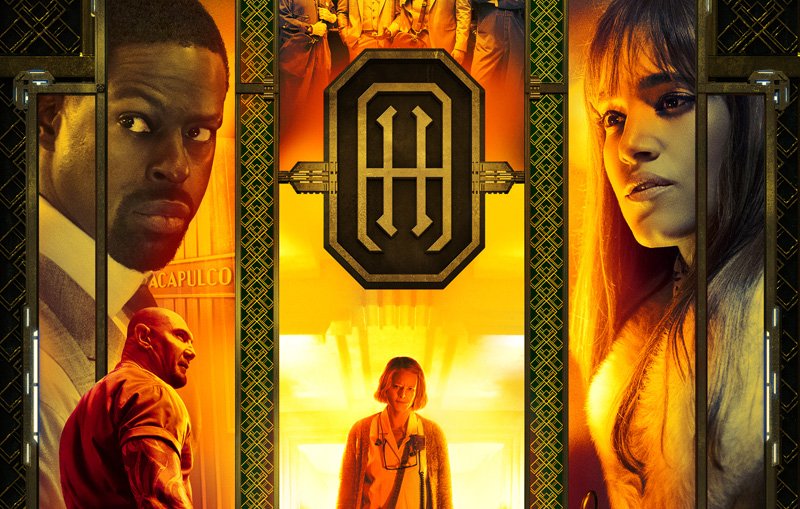 Imagine you’re a fan of the John Wick franchise. Now imagine one of the hotels that Wick and others stay in has a pretty wild night inside, surrounded by the worst riot in the history of LA due to a water shortage (even if you’re not a Wick fan, I think you’ll be intrigued by this second point).

Now you’re starting to see just how much fun Hotel Artemis really is, so let’s get into this Cypher Flicks film review.

The Nurse (Jodie Foster) and Everest (Dave Bautista) run a hospital where only criminals with memberships are allowed to receive medical care. That’s made abundantly clear in the first 15 minutes or so.

This hospital is based off of two things: rules and trust. Rules include not killing other patients, insulting the staff, and other things while trust is established by patients possessing said memberships.

That all changes with a Wednesday night that is anything but normal (despite comments made otherwise).

Keep in mind by the way that this is set in the future, because that small bit of info is important to what’s happening inside and out of the Hotel Artemis.

Honolulu (Brian Tyree Henry) and Waikiki (Sterling K. Brown) join patients Nice (Sofia Boutella) and Acapulco (Charlie Day) as patients after a job gone wrong. It’s an unfortunate time for everyone due to the water shortage, but also because of the big bad guy no one wants to cross paths with, Niagara (Jeff Goldblum).

What’s interesting about this bad guy is that he isn’t the only bad guy (and I’m not talking about the gang he presides over, which rules Los Angeles). The ongoing riot is constantly surrounding the story and its characters, and it’s a scary truth to think about.

2028 is only ten years away and water shortages are already a problem now in 2018. This movie is a warning sign to pay attention to what’s happening now as much as it’s an action thriller hellbent on having everyone fight everyone else.

Why you should see this movie

It’s fun, it’s layered, and it’s self- contained. Nothing matters outside of Los Angeles for these characters and it’s because nothing will if they don’t stay alive.

Each character has something to work through as well. From past traumas not dealt with to career choices unrealized, a lot is unpacked without spelling it out for the audience. There’s something for everyone, from action and comedy to even a romantic spark between two agents of crime.

Throw in the ongoing riots outside and the larger issues of resource depletion, addiction, and a police state? You have the makings for a story devoid of “good guys” that makes you cheer for the main characters regardless.

I enjoyed my stay at the Hotel Artemis and I hope you do too.