Traveling internationally is something that seems dare I say it…foreign, to so many of us. Whether it’s Japan, Canada, England, Tanzania, Brazil… it’s all far away.

Getting a passport isn’t that hard. Neither is looking up flights, checking for reasonably priced housing, where to eat and what to see.

But doing so in a country you’ve not only been to, but can’t communicate in? That should’ve ignited further communication prep.

It didn’t, and I don’t regret a thing about it.

When you go to a country where English isn’t the first language, you try and look up some key phrases to help make everyday interactions less stressful.

Konichiwa. Arigato. Sumimasen. All helpful and show a basic attempt at trying to engage in a world you aren’t from.

It turns out, pointing, being nice and thanking those trying to help you works just as well.

Especially when trying to eat, getting through customs, and figuring out directions in a place that is difficult even for the locals to navigate. 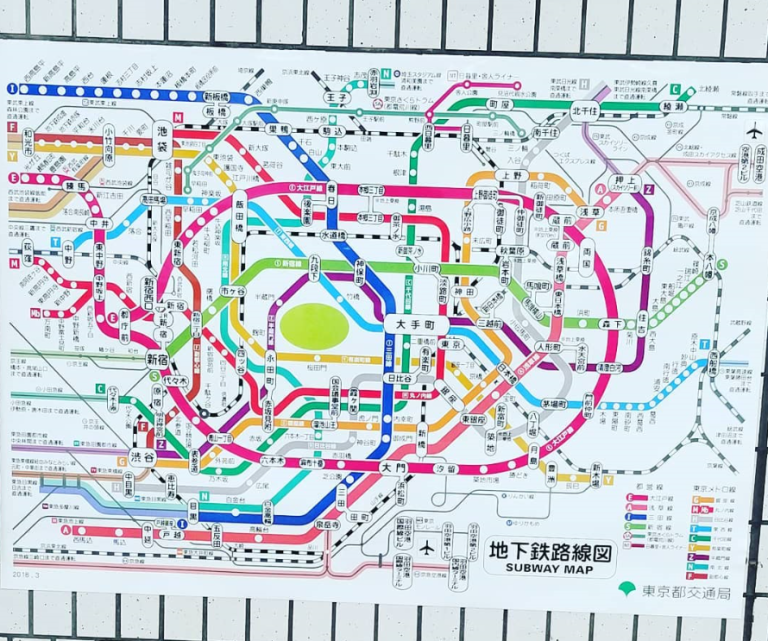 Taking the trains in Japan is pretty much the best way to get around. It’s also one of the most confusing if you don’t look up where you’re going beforehand.

Thankfully for first timers like myself, every train station offers free Wi-Fi. If, like me, you lost your credit card and had no way to buy certain things like pocket Wi-Fi, then you thrived off of planning things out from the train station.

Alternatively, convenience stores like 7-11 and Lawson’s also have free Wi-Fi, and also have really good food you can survive off of for the bulk of your trip.

Best things to check out in Japan

Mixing the past with the future is kind of Japan’s thing, and it’s easy to visit both in such a busy place. Museums and temples give you an idea of where Japan has been, and are either free (temples) or pretty cheap (museums) to attend.

Lots of tourists from Japan and across Asia actually visit these places, so you’re kind of doing things right by going this route and trying to learn about where you’ve come to visit.

Food is everywhere and it’s best if you go and discover what you like. There is no right or wrong way to find out how to feed yourself, so just go and search.

Do avoid places that have people standing outside trying to strongly encourage you to come in, as these places can be pricier than advertised and have table fees other places may not. Explore but pay attention.

Mt. Fuji is breathtaking and if you’re in Japan for more than a weekend, a required trip. Climbing season is May to August, so it’s harder to see the mountain outside of this timeframe, but it’s still worth the attempt.

The weather around Fuji changes quickly (as mountainous areas are apt to do). Layers are your friend here, as are your camera and phone. This is one of those places you will remember for the rest of your life, without question.

Digital art museums are another place you really need to check out. DOMI Digital Art Museum is breathtaking, but does require you to buy tickets at least a few days in advance due to its popularity with visitors and locals alike.

The difficult thing about Japan…

Traveling alone is the hardest part of traveling. It’s a double-edged sword; it makes you think on your feet and figure things out, but it also can be lonely.

Not the kind of lonely where you feel alone (because Tokyo has to be one of the most crowded places in the world), but where you feel isolated. If you don’t know the language, either learn it, go with someone who does, or prepare to be patient and thankful to those you interact with.

The most I spoke over the 10 days I was there was on the bus ride up to Mt. Fuji (I spoke with a really awesome guy from Toronto who shared my love of sports), and getting on the plane at Narita to come back to the United States (a cool guy from Catalina Island was nice to talk to after days of not saying much of anything).

Observing the customs of another country also isn’t that hard, until you notice the locals not really observing them half the time themselves. Regardless, doing so will make things easier for everyone, plus you’re not going to be there forever.

And now, our feature presentation…

This video shows just a snippet of what was experienced and visited, but it definitely encompasses the best of this first trip to Japan: