A lot of the focus in the Minnesota-Philadelphia trade was on Jimmy Butler, which makes sense due to how much he complained. The Sixers are 6-2 since he arrived in the city of Brotherly Love, which is great for them.

However, Minnesota has only given up around 99 points a game (99.3 to be exact) since Robert Covington and company came to town. That’s huge for this young squad, and a big reason why the Wolves are better after the trade.

That statistic might only be for the past nine games, but the previous 13 games consisted of the Wolves giving up a lazy 117 points a game (117.7 if you want to get technical). 18 fewer points a game might explain why a 5-9 start has slowly shifted to an 11-11 record, and why Covington in particular is getting so much attention due to his defensive skill set.

Sure, Dario Saric is shooting a bit better in Minnesota and we have yet to see what Jerryd Bayless can do once his knee injury has healed, but a 7-2 record since the trio has arrived suggests that team defense may be just what this team needed to turn things around.

That’s honestly refreshing to hear about a team that has had its share of criticism when it comes to defensive efforts.

Karl-Anthony Towns, Andrew Wiggins and Josh Okogie (among others) can all learn by example from Covington’s skill set, which in turn will make them well-rounded players. Anytime a player is a threat on both sides of the ball, it improves their team’s chances of winning ballgames. 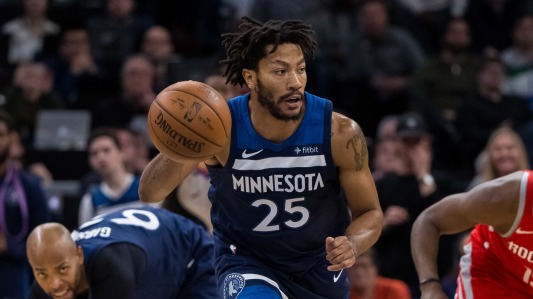 Ideally this change in team culture can also lead to consistency for this young squad, as the veteran leadership in the locker room really only consists of Derrick Rose and Robert Covington. Coach Thibodeau can drill all kinds of schemes and plays into his player’s heads, but a larger impression is left by a vet who knows what playing well-rounded basketball can do for a team’s mentality.

The regular season is going to be a grind for every team in the Western Conference, but the Timberwolves can make a return trip to the postseason by consistently showing up on both ends of the court.

If they slip back into inconsistent team defense, or let injuries detract their resiliency too much, then don’t be surprised if All Eyes are no longer looking North come late April.