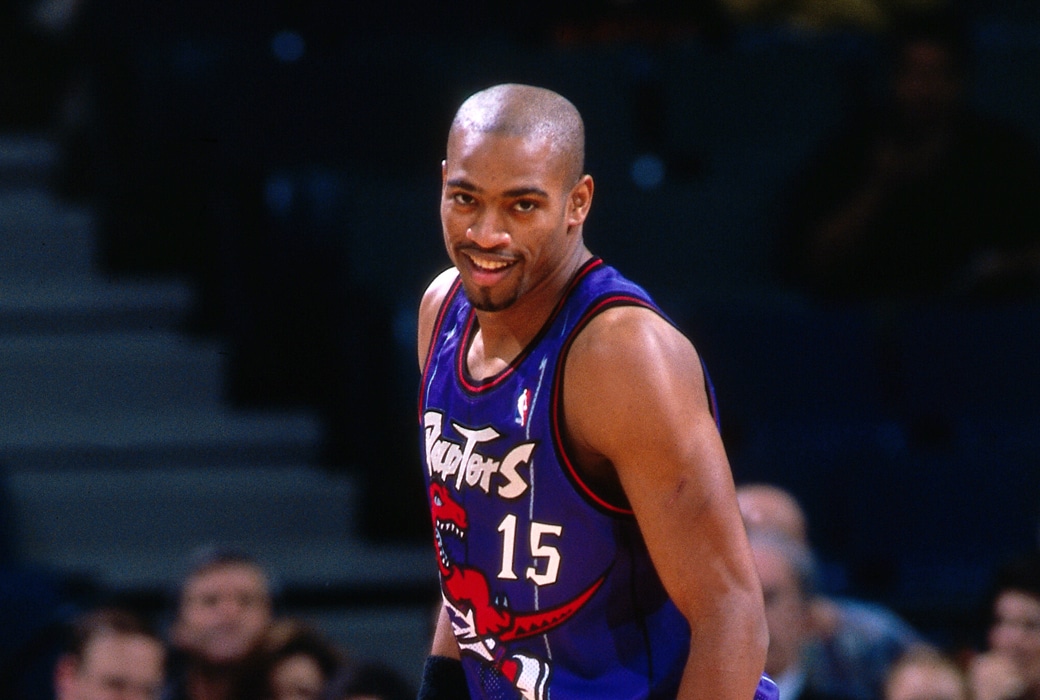 There are some people who haven’t been alive as long as Vince Carter played basketball. After 22 NBA seasons Air Canada, Vinsanity, V.C., the man that honestly made anyone pay attention to Toronto Raptors basketball in the 90s: Vince Carter has officially retired. It is astonishing for anyone to have that long of a basketball career, let alone still be competitive every season (albeit a step or two slower). There’s a lot to unpack over such a stellar career.

1998 was a very different time

The Denver Broncos were repeating as Super Bowl champions. The Chicago Bulls were at the end of a dynastic six title run. Even the New York Yankees and Detroit Red Wings were still good. North Carolina was a bit stronger in Men’s basketball than they currently are. You get the point though.

Putting things into context, it’s understandable Golden State (who originally drafted Carter), would go after Antawn Jamison, one of Carter’s UNC teammates. Jamison had a solid collegiate career. It’s also a toss-up when it comes to drafting Mike Bibby over Carter, who also had a highlight reel of a career but few title opportunities. Either way Toronto found their first star in 1998.

Either way, I bet the Los Angeles Clippers regret not drafting Carter as the number one overall pick.

Fast forward to the end of days

If you’ve been alive since before the turn of the millennium, then you don’t need me to rehash; if not, here you go. In a nutshell there was Y2K, 9/11, the start of the Iraq and Afghanistan campaigns, the 2008 recessions, Bush junior followed by Obama followed by the current guy, and then the start of COVID-19 and the current focus on addressing police brutality.

You might need me to review the countless highlights by Air Canada himself, though:

There are a LOT of good memories. The Slam Dunk competitions. Game 3 of the 2001 Eastern Conference Semifinals against Allen Iverson and the Philadelphia 76ers, scoring 50 points. Guiding the Raptors in the prior playoff series to the franchise’s first playoff series win. Teaming up with Richard Jefferson in New Jersey to make the Nets a formidable playoff squad.

After battling continuous knee and ankle injuries, joining the Memphis Grizzlies and exemplifying Memphis’ famous “Grind and Grit” mentality. Then of course there are the little things, like giving up his 2003 All-Star game spot so Michael Jordan could start in his final All-Star game. And more importantly, like willingly accepting a bench role in his later years. A LOT of stars won’t take a bench role. It’s supposedly “beneath” them.

That kind of mentality shortens careers. It takes away from basketball opportunities that will keep coming if you’re open for them. Sure basketball fans might not think of Carter’s days in Orlando, Phoenix, Dallas, Memphis, Sacramento, and in the end Atlanta first. They likely will need to be reminded of his Team USA days as well (where he led Team USA in 2000 to a gold medal averaging 14.8 points a game). Plus there’s always that slam dunk he had against France:

What it comes down to for each player is ego or acceptance. No one is good at swallowing their pride and accepting where things are in their life. Carter realized when the trajectory of his career was starting to descend rather than climb. I can’t imagine how many players after retiring wouldn’t have minded taking the path he did.

Despite still making a pretty good salary due to his reputation, it seems like Carter played for the love of the game. He relished becoming that knowledgeable veteran that taught the new guys coming in. How many veterans have also scored over 25,000 points and been an EIGHT-TIME All-Star? How many have played over the course of four different decades, and built a career after winning Rookie of the Year? Very few veterans have that kind of experience to back up their advice.

Air Canada might’ve landed for the final time on the hardwood, but his lessons are still soaring in the minds of basketball fans everywhere.