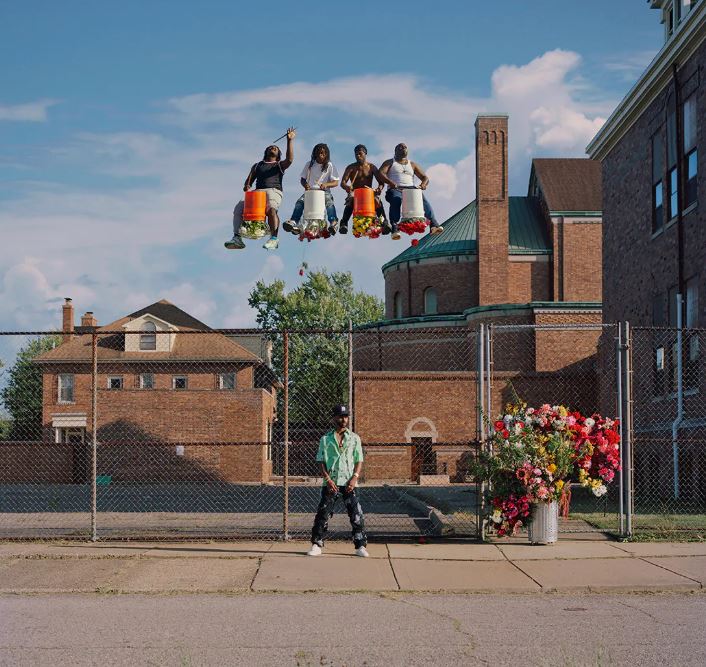 Welcome back to another edition of A Week’s Worth Review. After a much needed break that coincided with few releases a few weeks ago, Big Sean’s Detroit 2 is the focus of this issue’s attention. Big Sean is not an artist that we’ve covered a whole lot, but he has entered the rotation on and off for years. Part of that might be because of the potential that he has; part of that might also be his ability to make you hit repeat.

In any event it’s time to get into the good and the bad of his latest release, entitled Detroit 2.

The positives of returning home

There’s only a handful of acts that I can group together with Big Sean when it comes to his ability to pull you in. His storytelling is smooth, his narrative is reflective and feels like it’s legitimately his life. The thoughts and ideas he shares don’t feel like they’re manufactured other popular rappers deliver. Perhaps that’s part of his understanding of putting out music; you put out what draws people in without giving away too much of one’s personal life.

It’s smart to return to Detroit, his hometown with this newest album. The place and people that help mold a person can influence a person to be honest when looking in the mirror. There are times where Sean finds motivation from his early days, such as tracks “The Baddest” and “Harder Than My Demons”.

The opening track almost makes you feel like there’s going to be a deeper dive into Detroit’s influence on Sean. “Why Would I Stop?” is a great example of a trap many rappers fall into: they set a certain bar of hype for themselves that they don’t really maintain. After listening to it, I was stuck between believing this album would have an ebb and flow connected to the concept of his hometown, and believing it’d be a high energy album full of singles ready for the charts.

What the listener receives is a mix of both, but not an album that matches the aforementioned hype.

The first three tracks set up the listener for a really solid album. “Why Would I Stop?”, “Lucky Me”, and then the Nipsey Hussle-assisted “Deep Reverence” (RIP!) give a real feeling of growth for Sean. This isn’t to say Sean has been stuck, but at least for me these tracks realize all that Sean has experienced and can share. “Deep Reverence” honestly is the best track on the album and it might be a career song for the Detroit emcee. As I write this I have this track playing, because of just how impactful it is. What follows is the track that starts to unweave everything.

I have no malice or bad things to say about Post Malone, I really don’t. I learned years ago to ignore and pay no mind to music I don’t enjoy. The concept of “Wolves” is a solid reflection on the industry and Big Sean does his thing. Malone takes the track to the pop music realm, and for me the project takes tracks to recover the messaging from the opening. “Body Language” to “ZTFO” are all good tracks, but “Guard Your Heart” featuring Anderson .Paak, Earlly Mac and Wale is the return to the messaging on the opening salvo of tracks 1-3.

Again, there’s nothing wrong with a more mainstream appeal. “Body Language” with Ty Dolla $ign and Jhene Aiko is a jam. “ZFTO” will likely be the track people have on repeat for the rest of the year. “Time In” as a Twenty88 track is smooth too. But as someone who looks for an overall concept that I’m hoping is consistent throughout, the only thing that really does that are the stories from Dave Chapelle, Erykah Badu, and Stevie Wonder, the latter of which I appreciated the most since he’s from Detroit.

Obviously there is no right way to deliver a personal narrative of one’s hometown and how it impacts their life. But I guess I was just hoping for more of a stronger concept throughout. That’s definitely my fault.

Detroit 2 is a project that has plenty of songs you can vibe to in the waning days of summer. My top tracks from this album are “Deep Reverence” featuring Nipsey Hussle, and “Don Life” featuring Lil Wayne. The latter selection honestly would be an interesting mixtape or EP collab; Sean and Wayne have memorable chemistry on this track. “Everything That’s Missing” featuring Dwele might also be a sleeper track as I listen to it typing this sentence.

A quick side note about “Don Life” featuring Lil Wayne; if the Detroit 2 was a project that sounded like this and the first three tracks? It honestly might be one of the best tapes of 2020. I say this because it feels like both artists on this track brought their A-game, and some of the other features didn’t have that spirit of competition. If it’s not a conceptual album, make it a competitive album. It’s neither.

It’s unlikely this album gets album of the year consideration, but Big Sean didn’t make it for that reason. It’s a solid addition to Big Sean’s discography. However, it’s also another reminder that Big Sean has some pen work in order to catch up to Kendrick, Cole, and others that he’s compared to for this era.

One thought on “A Week’s Worth Review: Big Sean’s “Detroit 2””