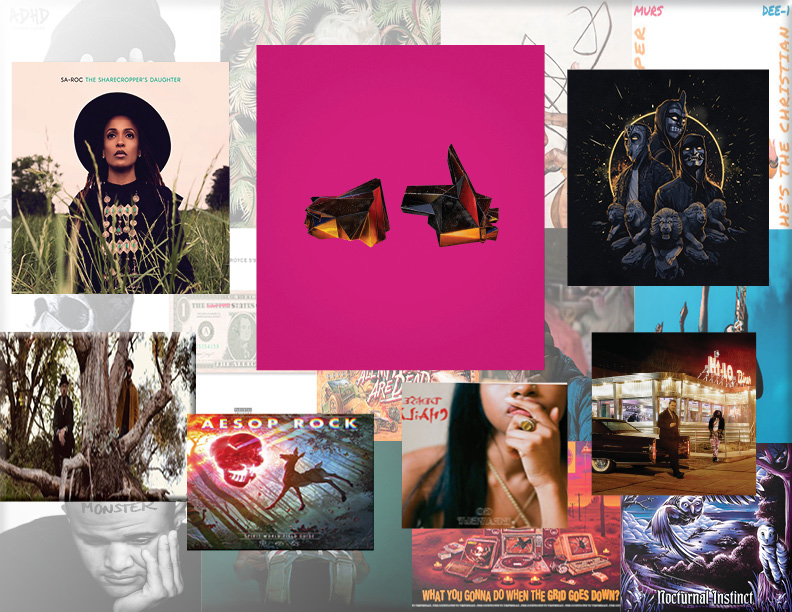 WELCOME TO THE 9TH EDITION OF THE YEAR END AWARDS!

A brief word before diving in…

2020 is a year that will go down in history in a somewhat infamous manner. A once-in-a-century global pandemic stopped tours, concerts, live performances and even slowed down the creation of music itself. If you’ve made it through 2020, it’s good to see you here and I sincerely hope your 2021 is better than 2020 was.

There’s a variety of ways to tackle writing during a global pandemic. Some took a step back as music was their (and mine too!) flotation device of sorts. Others returned to what best helps them to express and work through their creativity. However you decide to work your way through 2020, hopefully it’s a sustainable method that helps you build even more in 2021.

…and now back to the show!

Speaking of building, grading all these albums was harder than in 2019, as there was a lot more music to check out. Grading eligibility comes down to if an album’s release date was between December 1st, 2019 until November 30th, 2020. Albums after Nov. 30th can be considered for the 2021 Awards process (so for example, Murs and Rico Nasty might have their December albums graded).

Determining the Seven Best albums of 2020 was a handful. Artists far and wide dropped mesmerizing projects to distract from COVID world. Don’t be surprised to see a healthy mix of underground and popular artists on this list. The Honorable Mentions are full of tapes you might enjoy; it happens annually, so feel free to make your case for your favorite in the comments.

In addition to the Seven Best and Honorable Mentions selections, other awards will include the Most Underrated Artist of 2020, the Hardest Working, the Capital Steez Award (read that section for more info on the name), and the Next One Up Award. For your entertainment (and ours) we present to you the Seven Best albums of 2020.

This is likely the jazziest Hip-Hop album of 2020 to be honest. The laid back deliveries from Blu and Exile underscore the continuously dope lines throughout the project. You Ain’t Never Been Blue and African Dream are two of several songs that keep the repeat button wearing out. Blu and Exile strike just the right balance between storytelling and bars.

An album that feels part existential trip, part journey inside the mind guide’s mind, aka Aesop Rock. Jumping Coffin, Holy Waterfall and Kodokushi are just three tracks that really exemplify Rock’s set of skills. Aesop is still one of the best writers in the world, and it shows on this tape.

Bouncy yet existential, Chaila delivers bars that grab your attention and don’t let go. Her phrasing and word choice differ from the average artist you might’ve been listening to, until now of course. Down, Can’t Stop Me Here and Ri Ra all come to mind first amongst a solid collection of tracks. This emcee is a rising star in the Rap game.

Narrative via chemically bonded rhymes is a good way to put this project. Slug and Murs feed off of each other like almost no one else out there. Never’s Enough is probably our favorite song of 2020; Crimson Skies and Underwater are damn good too. There’s plenty to think about here because the rhymes keep you engaged throughout.

Rap super teams aren’t really a thing like in the NBA; that doesn’t mean you can’t still hear the rap career experience in every line from these three. This is rhymes and storytelling at its most braggadocio, but in a good way. Francis Scott Key, 1st Time and Runyon Canyon will join your most listened to quickly. Enjoy this Boom Bap attack that highlights the strengths of J-57, Ras Kass and El Gant.

There is not a better conceptually crafted Hip-Hop album in 2020. Sa-Roc delivers rhymes that guide us along her life journey in a stream of consciousness manner; at the same time, she also approaches her critiques from the societal level as well, tying the two together. r(E)volution, Goddess Gang, Hand of God, and The Black Renaissance all capture your attention from the jump. The flow is relentless. Very few today can deliver this kind of quality at such a consistent level; it was a photo finish between this and what you read below here.

The pulse of society is keenly felt on this fourth offering from RTJ. Killer Mike and El-P did not create these songs during the pandemic, but before the pandemic, yet again showing how timely and timeless this project really is. Never Look Back, JU$T, and Ooh La La are the standouts of standouts. It feels as if the proverbial “we” have hit peak RTJ.

The top seven albums were very hard to choose because of all the really good music out in 2020. This year oddly enough was a soundscape of everything you might want to listen to, and that’s just in Hip-Hop. Other than Run The Jewels and Sa-Roc, the five other spots were changing until the final album was graded.

Denise Chaila, Felt, Blu & Exile, Black Thought, Jamo Gang and several others were all in the top three at different points of grading. None of the Honorable Mentions were far off from making the top seven slots. Feel free to look up every album mentioned here because there’s still stuff worth checking out as 2021 starts.

The Most Underrated Artist of 2020:

Giving flowers while the artists can still smell them is a key takeaway from 2020, and these two deserve every flower you can find. Miles stayed in rotation all summer and a good chunk of the Fall over here. It’s a full body of work that really has no track that should be skipped.

What’s even more impressive to me is that in 2020, when many of us have terrible attention spans, these guys decided to drop such a larger project and it still worked out because of how good it is. That’s wild. I might have to pursue legal action at this point if you haven’t listened to these guys yet; I don’t want to, go listen to Miles and everything else they’ve created.

The DJs listed here were DJs before the pandemic and the wonderful world of Twitch became the new place to hear DJs spin. This is very important for you to understand. DJ Lazy Eyez is one of thousands of DJs on Twitch and elsewhere creating content and playing music to give us all some semblance of community.

Opportunities to socialize have evaporated and yet this Denver DJ has worked on creating short films, skits, and more on his Twitch channel in addition to playing music. DJs are the unsung music heroes of 2020.

The Capital STEEZ Award (Or, the artist we wished we knew more about award):

This four-piece group of British emcees feels like a side project that’s done really, really well. Fliptrix, Verb T, BVA and Leaf Dog are the four artists who throw together boom bap with a UK twist. What’s intriguing to me is how this group seems to create an album, build some buzz, tour, and then kind of fade into the background. That tells you both how talented these artists are, but also how much fun they just might be having with this.

When finding success, few put it to the side to work on other stuff. Somehow, that seems to somewhat be the playbook for these four. Three albums is enough to scratch this music itch right now, but I wouldn’t be surprised to begin digging deeper into each member’s catalogue once the three albums are thoroughly played until the repeat button is worn out.

The Next One Up Award

Uncovering artists that hadn’t hit our radar yet is one of the best parts of covering this amazing genre. Denise Chaila is one of those artists that has both the skills with the pen and the mic, and that ability to grab your attention. Her delivery isn’t different in terms of being a sound you haven’t heard before, but there’s a certain something that grabs your ears. It might be her word choice, her cadence, it’s hard to pinpoint it; either way, Ireland has a Rap flagbearer that highlights what the country has to offer. GO Bravely is our first introduction to this emcee, but digging into her discography will tell you why she’s one to watch for the foreseeable future.

Faster than ever, the 9th Annual Cypher Sessions Year End Awards has come to a close. While it might sound a bit cliché, this year truly was one that’ll stand out on record for all time. If things were rough for you, may 2021 be better. On behalf of myself and the occasional contributors to the site this year, thank you for following this site. Whether you’ve been here since 2012 or just started reading it is greatly appreciated. Be on the lookout for new content soon, and 2021 should have some interesting stuff in store.