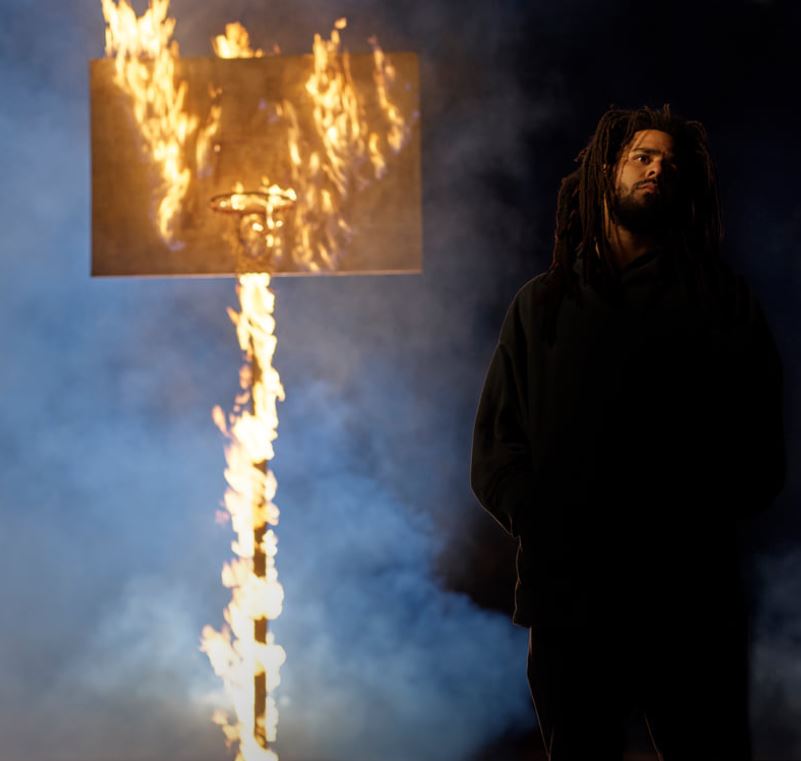 2021 has felt like a long year so far, without a lot of projects that have absolutely stolen my attention. For this iteration of A Week’s Worth album review, J Cole’s “The Offseason” does just that and more. While the run of albums with no features is over, every feature adds a little something extra. What’s one of the only complaints I can think of for this tape is that nobody that professional basketball player Jermaine Cole features keeps up with him bar for bar.

Perhaps that was on purpose. It could also be that he added the features he did to enhance the track and album sonically, as opposed to lyrically. That’s not meant as a slight of any kind towards the features; merely just an observation that they knew they were guests and not competition. One of the best things about this tape is how replayable it is, which helps listeners get the full effect. Conversely, on first listen it is still very fun; it also seems to have quieted all those claims about Cole being “boring.”

What Stuck out on “The Offseason”

The entire project feels exactly what an offseason is about: getting your reps in and putting in the work. “My life” feels like things get going, as the bars fluidly crash into your earlobes from both Cole and (to me, at least) surprisingly 21 Savage as well. The middle of Cole’s verse made me listen and go look up the lyrics shortly after, which follow as:

“Ja Morant, I’m on my Grizzly

You niggas just cubs but no, not the ones in the big leagues

After The Fall Off, I promise I’m comin’ to sellin’ out Wrigley’s

Nigga, I’m just a product of poverty, full of narcotics to profit off quickly

Not really the hustler instincts

Therefore, often, my pockets was empty

So while some of my partners was servin’ up rocks on the corners, the project assemblies

Me, I was startin’ to envy, wanna be on the top where it’s plenty”

Cole is breaking down family trauma, and dealing with envy. Dealing with comparison of self to others, who, frankly are only showing him a false sense of success depending on each move they make. Recognizing the directions he could’ve gone based off of his environment, and instead he didn’t settle for the same pictures painted all around him; that right there is why these simply effective lines keep getting replayed.

“Applying Pressure” continues the linguistic acrobatics, only focusing on calling out those flexing a bad bill of goods. Interestingly enough, envy comes up again. This time, it’s flipped on those trying to obtain success. “Envy keep your pockets empty, so just focus on you” might be the best line to sum up the entire song. “100 Mil’” is another chapter of doing the work, realizing that Cole isn’t satisfied.

“Pride is the devil” feels like a culminating point on this album. Reflection is a two-way street; it can be powerful but it can also be distracting. In this case, it’s the former, and it’s enhanced by Lil Baby’s verse. It’s not overly lyrical, it’s not trying too hard. It feels like Cole lets the beat come to him and he’s done homework on himself, if that makes sense. Refer to this particular section of Cole’s verse:

“Pride make a nigga act way harder than he really be

Pride hide the shame when city cut off all utilities

Pride hide the pain of growing up inhaling poverty

Make a nigga flash a thousand like he hit the lottery

Make a baby mama make shit harder than it gotta be

Another case of simple being deceivingly difficult is on display in the eight bars above this sentence. The repetitive use of “Pride” and “Make” gives the listener a familiarity to return to on each verse, despite the different pictures viewed in each line. This peak into the North Carolina emcee’s life experiences feels contained, a defined segment of time.

The last song that grabs your attention like the previous two discussed would be the closing track, “hunger on hillside.” It’s a closing track in the sense that it brings everything together that Cole’s been doing on this tape: reflection, growth, learning from envy and pride, and acceptance. It’s a track that deserves a few spins to absorb. Not because it’s complicated, but because it feels like it brings us listeners full circle on this journey.

What distracted me (contrary to my own taste)

Reminiscing becomes a bigger and bigger part of an artist’s project the older they get. It’s not that life events aren’t still happening now; it’s more so just that they aren’t as defining as they were at the start of one’s career. While “95.south” and “Amari” have plenty of clever bars, many of the references are past tense. This doesn’t detract from the story, more so just detours a bit. It feels slightly off.

“Punching the clock” does the same thing in terms of being reflective. It’s odd, it’s not that I don’t like reflection; contrary to the above words, I think it’s essential. For some reason, it’s slightly distracting me. “The Offseason” is clearly going to be reflective; perhaps it just feels more so about moments in time that don’t thematically fit into what I’m expecting to hear as the period of time the “offseason” actually is.

Perhaps, the offseason is simply an abstract amount of time away from one’s career or life path, and not so much directly the time between this album and his last solo album. It could also be time away from one’s craft or passion. Other reviews have stated this album is about Cole’s time in life between departing North Carolina and his time in Queens; it doesn’t feel as defined for me. “Let go my hand”, “interlude”, “the climb back”, and “close” all fit this trend of delivering more life experiences scattered throughout life. Every experience is important since it’s included on the project; perhaps at times it might feel slightly too reflective.

This album grabs attention because it’s what a complete work is supposed to be: it has timeless stories that are still timely when it comes to the lessons revisited. These stories both reflect on experience of the past with living in the present. Braggadocio meets humility. Shortcomings intertwine with growth. Life is a blending of loss and gain. It feels hard to give any further of a verdict without putting out more platitudes. So, take this review as encouragement to listen to this album. What I hear is an important addition to the catalog of Hip-Hop.

2 thoughts on “A Week’s Worth Album Review: J Cole’s “The Offseason””