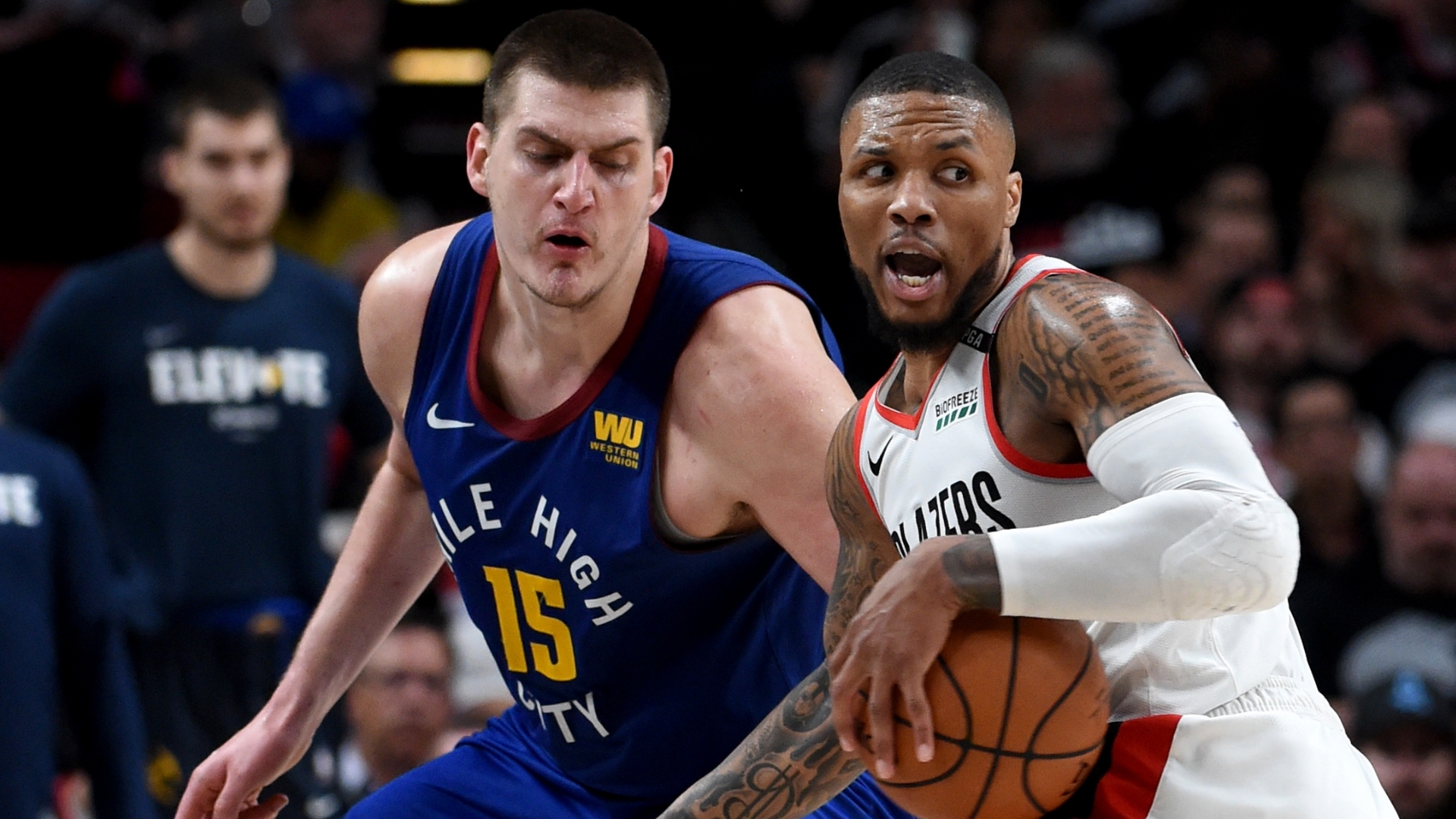 Mile High Basketball will be on full display as the NBA Playoffs for the Denver Nuggets are back. The playoffs tell you a couple of things about your favorite team. Namely, how your star players will respond, and how prepared your favorite team is when it comes to the intangibles. Defense, bench depth, resiliency; all of these things are as important as who’s going to make the impact plays.

In another tough draw, the Nuggets will be hosting the Portland Trail Blazers, featuring the dynamic duo of Damian Lillard and CJ McCollum. On paper, some might have the Nuggets cruising through this round. Those fellow fan analysists would be very mistaken to so. The star players aren’t the only thing that will make this an interesting series.

Breaking down this Nuggets-Blazers series

Basketball fans will be hearing it all series: the Nuggets have to make it through the playoffs without Jamal Murray (and to a lesser extent, Will Barton again). That should be offensive to both teams, frankly. Obviously, it’s a fact Murray had a huge impact in the playoff bubble last year. However, there’s this MVP candidate, a Serbian center named Nikola Jokic (known as The Joker). Portland has two perennial game breakers in Damian Lillard and CJ McCollum. Oh, and Most Improved Player candidate Michael Porter Jr., rising young star Jusuf Nurkic, highlight reel Aaron Gordon, and future Hall of Famer Carmelo Anthony all add to the drama.

This series is going to be a tough back and forth. Jokic (26.4 PTS, 10.8 REB, 8.3 AST) will be a difficult assignment as he’s been all season. Portland has to figure out how to slow him down, and prevent him from getting his teammates involved as well. That’s going to be hard because you kind of have to focus on one or the other to have a real effect. If he only scores 12-15 points he might still get double-digit assists and still 10 or more rebounds. If you cut off his passing, he might go for a triple double. Nurkic and Enes Kanter will have to physically challenge Jokic whenever he has the ball, which is tough because “Big Honey” has moments of unexpected speed.

Michael Porter Jr. (19 PTS, 42.9 3PT% vs. Portland) is also going to be relied on even more with Murray out. He’s an MIP candidate (Julius Randle of the Knicks will win the award) and rightly so. He can score in bunches and elevate over anyone. Consistent comparisons to Kevin Durant don’t do MPJ justice. If Porter Jr. and Gordon can make a mark on this series, Denver should make it through.

But, all Nuggets fans are concerned about “Dame Time”. The fact Lillard (39.1 3PT%) has elevated his shot range to Curry-esque proportions is frankly unsettling. He picks his spots, he finds Nurkic (11.5 PTS, 9 REB) and fellow sharpshooter McCollum (23.1 PTS, 4.7 AST), and he isn’t easy to get past on defense either. The Blazers have enough depth to withstand a Lillard off-night, but if it happens routinely, Portland will be one and done in these playoffs.

Facundo (Facu) Campazzo is not your typical NBA rookie. When guys like Paul George (6 feet, 9 inches) are complaining to the refs about the consistently suffocating defense of Facu (5 feet, 10 inches), you know you found a special player from overseas. This guy is going to be key for many defensive sequences. Even if Lillard, McCollum, Anthony, Powell and others are able to get shots over the Argentinian guard, they are going to be drained from doing so. Opposing players are not used to such consistent defense, and it’s a great way to approach defense coming into the playoffs. Other role players that will be relied upon include Monte Morris, JaVale McGee, Austin Rivers and JaMychal Green.

Norman Powell might’ve been one of the best pickups at the trade deadline. Sure, he doesn’t have the same skill set as Gary Trent Jr. had. However, his offensive impact (18.6 PTS) on the game more than makes up for the slight defensive falloff compared to the former Blazer. Should Lillard or McCollum have runs of little offensive impact, Powell and veteran Carmelo Anthony are going to provide trouble for both the first and second units for the Nuggets. Denver will have to figure out what kind of defensive schemes they’ll want to run to slow down these key role players. Look for guys like Anfernee Simons (offensively) and Robert Covington (defensively) to also add difficulties for Denver.

Momentum heading into the playoffs

Portland had an up and down last couple of months going into the postseason. A couple of crucial losses led them to a must-win atmosphere against these very same Nuggets in game #72. Winning eight of their last ten and four of their last six road games is vital for Portland going into Denver. The Blazers need the momentum since they didn’t win in Denver during the regular season. That puts pressure to finally get a road win, while Denver will need to defend home court to take some pressure off.

Denver had a less impressive end to the season, winning six of their last ten and two of their last three at home. Oddly enough winning games at home will be slightly more of a concern than winning on the road; Denver has played really well as the visiting team this year. An important factor in Denver’s corner is they won two of three against the Blazers in the regular season; the season finale loss to rest key players and avoid certain playoff matchups was a misnomer. It did, however, show guys like Markus Howard can be an X-factor for Denver when called upon.

Nikola Jokic will end the debate on who this season’s MVP is with continued production approaching triple-double proportions. Michael Porter Jr. will have a few big moments as well. Campazzo, Morris or somebody else from the bench will prove vital in certain 50-50 moments. Denver will get help from some of the younger players that Portland didn’t account for.

Damian Lillard will have one to two “Dame Time” moments, crushing Nuggets’ fans for those nights. Carmelo Anthony will have a memorable game somewhere in there, as will both CJ McCollum and Norman Powell. Nurkic or Kanter will struggle, costing Portland in a few key moments.

Just like playoff series from a year ago, this will take seven games to decide. The Denver Nuggets will continue to show the league you don’t want to go the distance at Altitude; the Nuggets will punch their ticket to the second round.