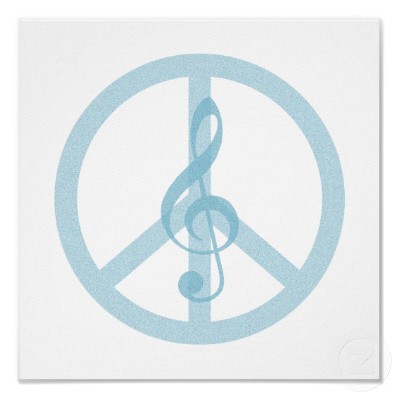 Hello everyone, and welcome to the 12th entry of Cypher Sessions. In this issue we will be addressing the power of music (mainly Hip Hop) and how it, along with other forms of art, can be one of the best coping mechanisms out there. Sounds fairly simple, but there is actually a bit more to it then that as music has always been something that’s been an aid in my life. With the recent tragedy happening in Aurora, Music is no doubt a coping mechanism for others right now as well. Let’s jump right in.

Music is one of the oldest forms of expression out there, and as we bob and weave our way through the day it has become one of the greatest pulses of a nation, a people, and a world with regards to how each of these is feeling at a given time. It was how people who had higher qualities of life attempted to help those who weren’t doing so well in their respective situations; think Bob Geldof and Live Aid.

It is a tool that has been used from religion to politics and everything in between. It’s one of the first tools used to help us try and gain somewhat of an understanding of what’s going on during a difficult time. Let’s look at the Haiti-inspired Resurrection to better explain my point:

Haiti was a tragedy that almost nobody saw coming, and when it was happening it was all people could do to tune in and observe the devastation. This song to me best exemplifies what has happened in the Aurora Shooting Tragedy, and how music plays a key role in the healing process. There are of course many differences between Haiti & Aurora, but the similarities of shock, helplessness, struggle, strength, and the ability to weather the storm and come out responding with aid and love for one another are quite similar. Music can be something that can heal, that can help someone think out an issue or a problem in a way that they might not have before.

Often times, people who have survived a traumatic experience are in need of something to distract them or to really help them reflect in a constructive manner. I’m not even going to begin to try and pretend that I know what people involved in the Aurora tragedy are feeling, going through, or experiencing, nor will I try and say I know how their friends and families feel, or even residents of Aurora feel.

I grew up a good ways north, up in North Denver. I can, however, recall on times when I had struggles of my own (albeit extremely smaller then what has recently taken place), and how music helped me keep persevering through tough times; losing a beloved family member to health issues, and losing an extremely hilarious and caring friend who passed of their own hand are the best two examples of where music became my life, and helped shape the resulting coping that ensued soon after.

That’s the main point that I want to make, that music has been and will continue to be one of the premier forms of expression and art that help one explore and deal with situations that arise out of struggle (as well as situations that are not negative). All art forms are important to our culture and daily life, and this leads me to my next point; it doesn’t make sense to vilify The Dark Knight Rises, or to always attest art as the reason for a tragedy. Art is often claimed to be an imitation of life.

With that being said, if we all really need to look for a reason as to why tragedies like this happen, we need look no further then the way in which we interact with one another. The way in which we engage. Of course it’s important for all of us to have some alone time, collect our thoughts, grow on our own, etc. But, when someone is forced to always be alone simply because they may be socially awkward, not confident, or any other combination of things that makes a person not the greatest person to socialize with, how can we be surprised that things like this happen.

Now again, this is in no means meant to be one of those ridiculous blame the victims scenarios, but rather a chance for all of us to do some self-examination, reflection and really think about how we interact with others. Music is meant to be a unifier, and it would have been fantastic if music would have worked its magic again in bringing in this individual into some kind of social group. If we practiced what we wanted people to be doing right now after this tragedy (see: care for one another, love, listen, live), then we might be able to avoid some of these situations. Not ALL. But some. With that, I’ll leave you with another reflective track, courtesy of Lupe Fiasco called Never Forget You:

If you want to continue the conversation, add to the comments section below and let us know how you deal with your struggles, life, etc. Thanks for reading, care about one another, and think before you act.

One thought on “The Strongest Coping Mechanism Out There: Music & Hip Hop”