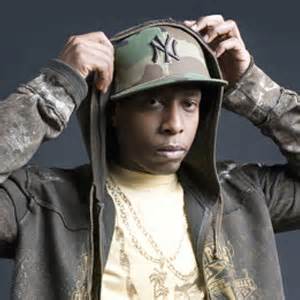 Hello, and welcome to another addition of Cypher Sessions, where we discuss Hip Hop culture, music, albums, news, issues, and anything else you could really think of. In this issue of Cypher Sessions, we will be bringing something to your attention that it seems a lot of Hip Hop listeners have NOT realized, and that is: Talib Kweli has released a new album. Not just new material either, but material that continues to make listeners think, and does what another artist is often given credit with. We are talking about Kanye West, and if you haven’t caught our drift yet, we’re saying that while some of you may be anxiously awaiting Yeezus from Kanye West, you need to hear Talib Kweli’s Prisoner of Conscious (P.O.C). There’s one main reason why we say this as well, and that is because Kweli makes you think about issues and what not on different levels, whereas Kanye makes you think on only a few levels. Let’s look into this some more.

When it comes to Talib Kweli’s P.O.C, there are tracks that do a variety of things. When you listen to tracks like “Intro/Human Mic” and Turnt Up” it immediately connects you to an ideal that there’s more than just you on this planet, and that while we have differences, we also have similar struggles. As you then continue to listen to the rest of the album, it leads you to look at different situations one comes upon when analyzing relationships within society, with a significant other, one’s work field, and one’s place in society/existence. Addressing all of these issues is often overwhelming for an individual to do, but Kweli works through them via rhyme and helps the listener understand how he views the issue and goes thru the issue.

Being able to discuss all of these different topics on multiple levels (individual level of analysis, relational level, societal level, etc.) within the realm of one’s own mind in a way that makes the issues understandable is a skill that Kweli possesses and helps the listener understand (especially the more the audience listens to the album). This is one of those conceptual albums that brings together the idea of being a prisoner of one’s own conscious and how one can break away from being a prisoner by working to not only understand where one is at, but also working to understand where different parts of society are and how one really does play a role in those situations. This might sound difficult to understand at first, but the more one listens to this album, the more they understand what Talib is working to explain. That’s how we’ve taken it so far after close to a dozen listens.

Yeezus is very similar to P.O.C in this regard; the more that one listens to the album, the more that one begins to understand what Kanye is talking about (for the most part). This is kind of where the similarities end, as Yeezus diverts away from the soulful and relatable sounds of P.O.C and moves closer towards the raw and revealed sounds of the creator of the music. One can’t deny that Kanye is clearly addressing a concept of his own. However, it’s issues purely from his perspective; it doesn’t connect the audience the same way Kweli does. Kanye impressively and maddeningly takes the audience on a journey of where Kanye sees himself in different areas, such as how he’s viewed in society, and how he believes African Americans are viewed in society. This is not to say that Ye’s perspective is not accurate (his analysis of how Blacks are viewed, and how difficult it is for them to have to keep pushing to get somewhere still today is spot on). The album does however create a purposeful disconnect between Ye and his audience (which is actually fairly status quo for Kanye for the past number of years). There is also one other distinct difference between P.O.C and Yeezus: the sound.

Sonically, these two albums are very different. Like, almost a before and after in terms of the type of sound that Kanye used to dedicate himself to. P.O.C from Talib Kweli is very soulful, uses different world music styles while continuing to use sampling elements and staying true to the classic and tasteful Hip Hop sound Kweli is known for. Yeezus is a departure from what Hip Hop is expected to be, and instead goes into the realm of what Hip Hop sound actually is unbeknownst to many Hip Hop fans and listeners: undefined. The fact that Kanye takes many of the genres Hip Hop has crossed into and puts them together without a hitch is a skill not found from many others out there. Kanye uses more than sounds for instruments too. The best example of this you ask? Figuring out how to use Chief Keef’s voice in “Hold My Liquor” in a way that’s not his usual turnt up sound, but a sound that aids the message of the track. Another great example of this is Kid Cudi’s vocals in “Guilt Trip”. Ye continues to do what he does best on Yeezus, even if people aren’t so excited about it this time around.

To get back to the original point, Yeezus has been billed as an album via interviews and reviews as an album that continues Ye’s analysis of society and what he thinks is wrong with it. It however does not do what Prisoner of Conscious does, which is addressing society’s ills and including the audience in on what can be done to tackle those issues. That’s why we suggest you listen to P.O.C  before Yeezus, because it will give you some guidance. That’s all.

If you want to comment on why you should or shouldn’t listen to P.O.C, or have some other words of wisdom on Yeezus or anything else mentioned above, do NOT hesitate to let us know in the comment section! We always love hearing from and dialoguing with you all. Until next time, Peace!