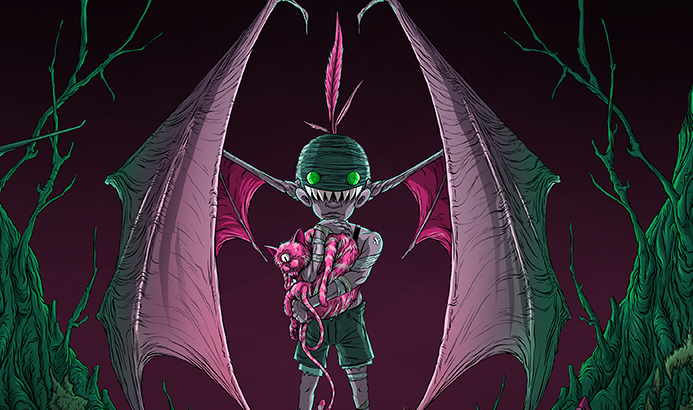 Welcome to the Fifth installment of this article, as we have already reached half a decade of deciding who is the best of the best over the past year. One important thing to take note of is that we have slightly altered our rules in terms of what qualifies for album of the year in terms of time.

Beginning this year until further notice, December 10th will now be the official cut-off date for considering albums for this article. In past years, it was until we wrote the article, but that was just too stressful! So now, we have some wiggle room. That’s why albums from December 11th onward will be considered for 2017. Now, back to the task at hand.

There were major surprises in terms of who finished in the Top Seven, and who just missed the cut. The Honorable Mentions are full of quality albums that should NOT be overlooked.

The following continues to honor our time-tested tradition of selecting the best seven albums of 2016, as well as the most underrated artist of 2016, the hardest working, the Capital Steez Award, the Next One Up Award, and introducing the best Soundtrack of 2016 as well, which will be taking the place of most controversial artist of 2016..

It’s about that time to see who finished where, and what led to such a list that most readers will not believe. Let’s begin.

The veteran Chicago emcee provided us with a mix of his hunger to discuss a multitude of issues Americans face today, as well as providing a rich musical landscape to enjoy. The orchestration on this album was amazing, and was a perfect blend of lyrics and music. This album can definitely be discussed as one of Common’s best, and reminds everyone that this South-side original isn’t going anywhere anytime soon.

A highly anticipated album for Technicians across the world, this musical entry is one Tech has done a pretty good job of delivering. The KCMO native has been a stalwart in the independent rap game for decades now, and it appears that more and more people are ready to hear his rapid-fire delivery, which was paired with very entertaining beats that allowed Tech to display his full verbal talents.

5. De La Soul: and the Anonymous Nobody…

This year really was the year of the veterans, and this iconic group was yet another Hip Hop standard that delivered as such. Nobody… delivers a rich environment of sound comprised of intriguing features that explore a range of topics and sounds. These unexpected sounds show De La is at their peak stylistically and lyrically, and the listener could certainly consider this as part of the conversation for some of their best work.

While Dr. Dre and Kendrick might have been the flag bearers for the West Coast in 2015, Anderson .Paak clearly took on that role for 2016. This album was orchestrated in a way that felt effortless. Each feature was purposeful and really enhanced the song they were on, and each instrument sounded like it was hand-picked for whatever piece it was played for. .Paak has a musical mind that will continue to entertain and excite. If you missed one of his many features on other people’s work, make sure to check out this enjoyable album.

Donald Glover just cannot lose in 2016, and we’re all enjoying the fruits of his labor. With this completely unexpected album, Gambino successfully takes a stab at crafting a soulful and funky album that combines a playful, laid-back attitude that hardly any other record this year could even attempt to compare itself to. Sure, this wasn’t a Hip Hop album by ANY stretch of the imagination, but how could this not make the list? We couldn’t come up with a reasonable answer, and so here it is at number three.

There is no better way to describe this independent veteran than with the following four words: Complex narratives made simple. Aes drops fun stories in killer verses, keeping a pace that even emcees from the old school Treacherous Three rap group may have trouble keeping up with. These introspective, full-blown narratives are paired with such unique beats that honestly no one else is doing right now. The Impossible Kid is a breath of fresh air, and is an album that was an potential candidate for album of the year after a few times listening to it. It would have won if it weren’t for the following album.

1. A Tribe Called Quest: We got it from Here… Thank You 4 Your service

There are so many wonderful things that this album does. It gives us new ATCQ music that we haven’t had in about 16 YEARS. It gives us music that honestly reflects a large portion of the United States, especially with how soon the album was dropped with regards to this year’s election. And most importantly, it gives us new music from one of Hip Hop’s unfortunately deceased, Phife Dawg (RIP!). Aside from all of that, this album sounds like ATCQ made for 2016. The verses are delivered fully packed with empathetic narratives that have a message. There were so many great albums this year, but this one had the biggest impact.

The Soul Pros: Everything Must Go!, Freeway: Free Will, Torae: Entitled, Macklemore & Ryan Lewis: This Unruly Mess I’ve Made,

This was no easy decision this year. Many listeners out there may be shocked to see Chance the Rapper and J Cole in the “Honorable Mentions” section and not above in the top seven.

Believe us, it was literally decimals of difference when it came to who finished where.

Only ATCQ and Aesop Rock securely finished first and second, respectively. Nearly every artist listed above tied with someone else.

Our tiebreakers were who had a more impactful album on society, as well as who was able to maintain quality over a longer list of songs, which kind of hurt Cole’s chances. Either way, there were going to be some great pieces of work left out. Happens every time.

The Most Underrated Artist of 2016:

Along with a couple of projects and a features list that has to rival any other artists doing features this year, .Paak is a musician who just doesn’t stop making or performing music. If you look for an album that was popular this year, you probably saw this guy’s name attached to it. Plus, whether it was online or on television, a performance from .Paak either just happened or was about to happen, depending on which show you were watching. After years of touring, and being somewhat under the tutelage of Dr. Dre, this musician of all trades is ready to be front and center when it comes to the mainstream spotlight, and it’s well deserved.

There’s a million things a majority of us haven’t done, but Miranda is well on his to doing a million plus things. If you haven’t listened to the Hamilton: An American Musical  (JUST, WHY?! listen here), listened to The Hamilton Mixtape that recently came out, heard parts of the Moana movie soundtrack in theaters or online, or watched his numerous guest appearances on various television shows, then you might not know who he is. But, if you’ve noticed all the buzz about getting tickets for the current Broadway or Chicago showings of this stunning historical play told in Hip Hop, R&B, and pop lyrics, then you might get why the choice of this guy. In any case, he’s always working, and 2017 will no doubt produce entertaining content from this NYC native.

J Cole’s Dreamville Records just keeps putting out talented emcees. Last year, an artist by the name of Cozz got plenty of warranted buzz across the internet. Now, it’s Bas’ turn. The Dreamville artist had a great record titled Too High to Riot; he also has other records out that are also worth checking. We haven’t really checked this artist out until the last month, but it wouldn’t be surprising in the least if 2017 turned out to be a year Bas becomes a name many Hip Hop fans begin to recognize. If not, then you heard it here first that this guy is slept on. 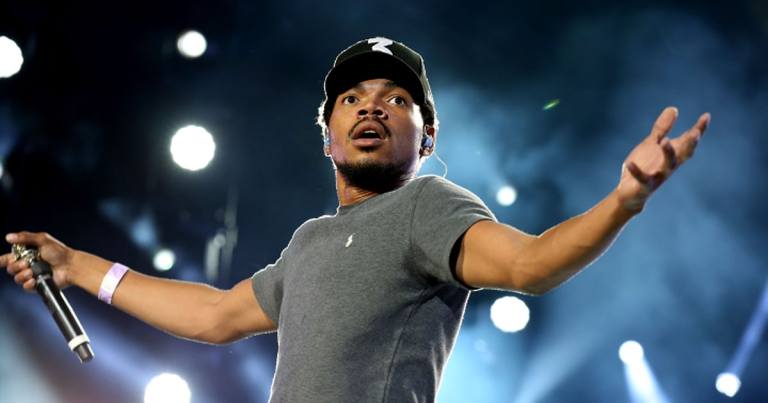 For a lot of listeners, Chance is a fresh face in the rap world. However, this guy has been around forever. This “newfound” success hasn’t come overnight, it’s been built up over the past couple of years. This may then lead to the question of, why select arguably one of the most popular rappers of 2016? For exactly the reason mentioned in the first sentence. Now that Chance has been chosen by larger audiences and more mainstream collaborators, there shouldn’t be a lack of the Chicago native for at least the next year. It is honestly exciting to see a truly independent artist make it off of their commitment and dedication to their own vision. May 2017 be yours, Chance.

That is going to do it for the fifth installment of the Cypher Sessions Year End Awards. 2016 flew by, and it was pretty tough to listen to all of the great music that came out this year.

For those of you who have stuck with us since 2012, we humbly thank you. For those of just joining us, or started somewhere in between 2012 and now, welcome, and we hope you appreciate everything you read. If you don’t, maybe it’s time to say something, perhaps?

Enjoy the rest of your 2016, plan out what to do in 2017, and here’s to a Happy New Year in 2017! Look for more articles to come in the new year, as there are no plans of Cypher Sessions stopping now.