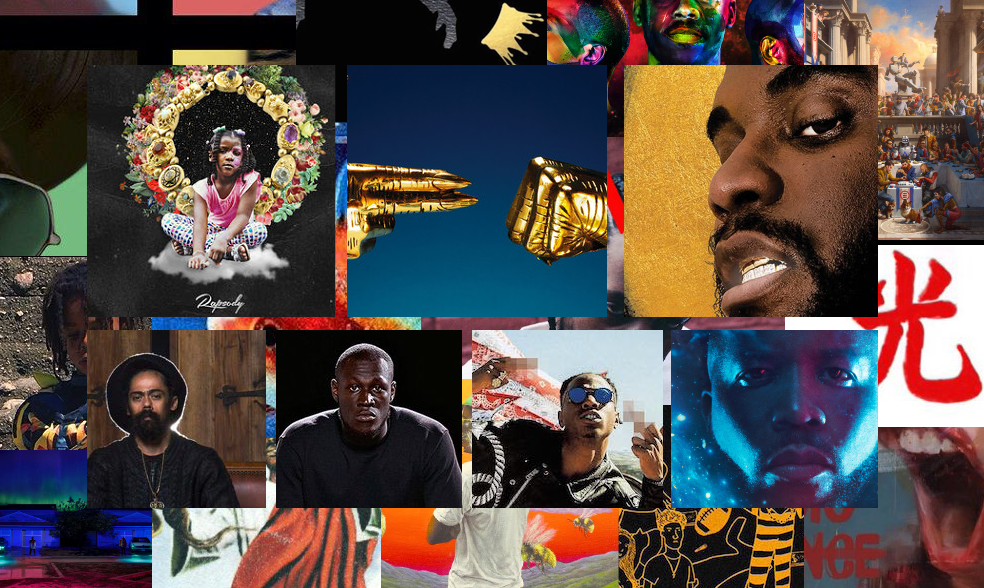 Welcome to the Year End Awards article yet again, as 2017 truly went faster than any previous year in recent memory. One important thing to take note of is that we have slightly altered our rules in terms of what qualifies for album of the year in terms of time.

If you recall, last year we said that December 10th would be the cut-off date for albums to be considered for the current year until “further notice”. Well, here is that new notice.

December of the previous year until November 30th of the current year is the new cut-off for albums to be considered. That gives us more time to listen to as much music as possible in December. Now, back to the task at hand.

This year was full of razor-thin finishes when it comes to who finished in the Top Seven, and who just missed the cut. The Honorable Mentions are full of quality albums that you might have wanted to make the top seven, and might have been your top album of the year.

The following continues to honor our time-tested tradition of selecting the best seven albums of 2017, as well as the most underrated artist of 2017, the hardest working, the Capital Steez Award, the Next One Up Award, and the best Soundtracks of 2017.

It’s time to see who finished where, and what led to a list full of shocking surprises. Let’s get into it.

Daddy Fatsaxxx continues to put out records that spoils listeners sonically, while at the same time delivering his cooler-than-a-polar-bear’s-toenails flow. Boomiverse has some of the best singles put out this year (Kill Jill, Mic Jack) while also having a hidden gem or two once you really get a few tracks in (Order of Operations) that has something to say.

Badass delivers a powerful album that shows continued growth from Pro Era’s ace in the hole. He dives into issues of racial profiling, police brutality, and a number of other sociopolitical issues that hit home.

This is Joey’s best work to date, and shows that he is at the top of his game. If this album slipped through the cracks for you, it’s suggested you stop whatever you’re doing and go listen to what we’re talking about (for example, tracks like FOR MY PEOPLE, DEVASTATED, & RING THE ALARM).

The U.K Grime scene has a long and interesting history, although for whatever reason you rarely hear about Grime artists here in the United States. Stormzy could be another UK import that changes that, with a proper studio debut that delivers introspective lyrics across a wide range of topics.

From singing on a few acoustic-y tracks to smashing microphones on harsh Grime beats, if you need an introduction (or a reminder in our case) to Grime, Stormzy is a great artist to start with.

While the best known kid of Bob Marley might be a bit more Reggae than Hip Hop, Marley still delivers bars reminiscent of the topics his father was addressing way back when. Damian seamlessly blends Reggae riddims with his consistent delivery as one would hope to keep hearing from a veteran emcee.

What’s most impressive about Marley is that he manages to deliver something new each project, consistently, while remaining true to who he is; some emcees out there could learn a thing or two from Jr. Gong.

KRIT, simply put, delivers a masterpiece on his first album as a fully independent artist. The personal narrative he delivers throughout in which he details his struggles with alcoholism, inner turmoil/fame, and how things have changed is immensely relatable.

The headnodic beats are timeless, and their replayability is through the roof. You can feel the effort, purpose, and thought put into this project. If the skits had only been placed at the beginning or end of songs, then this album would actually have won our album of the year award…

…if it hadn’t been for these two albums. If you’ve listened to RTJ before than you knew you were in for a hard-hitting album that feels so newsworthy yet timeless at the same time. If you haven’t listened to this duo before, than you should go back to RTJ 1, then RTJ 2, and then listen to RTJ 3. This will help you to understand how this duo is a force in Hip-Hop that speaks to societal ills in the most enjoyable way possible. If the world should end, why not have a soundtrack that accompanies you in frantically trying to stop that?

One of the hardest working emcees in the Hip-Hop game has been on our radar for a few years; last year, she made our Honorable Mention list, and in 2014 was our Most Underrated artist of that year. But she isn’t here only because of that. Rapsody has put out her best album to date, displaying her consistent growth by delivering difficult lines with ease.

Her bars are like a scrimmage she’s worked through a million times. She addresses a wide range of topics: community and family interactions, how women consistently carry men through difficult times, societal ills, existence, etc.

This album delivers not only lyrically, but has production that will have you hitting repeat more than once. Rapsody has worked hard to get here, and there’s a good chance 2018 will be a continuation of the shine she finally started receiving in 2017.

Difficult doesn’t begin to describe the selection process for this batch of albums. Some listeners might be mad that Kendrick Lamar, Tyler, The Creator and Jay-Z (among others) are in the “Honorable Mentions” section and not above in the top seven.

While the final margins were tight, we worked hard to insure that the albums we think had the strongest verses and the best production made the cut.

Did we mention that things were decided by the slimmest of margins? Rapsody, Run The Jewels and Big K.R.I.T were all at one point or another the top album during the scoring process, and copious notes were taken in order to reach the final result.

The Most Underrated Artist of 2017:

For whatever reason, Gang Signs & Prayer happened to come across our screen sometime this year, and our fandom of Stormzy was born. U.K. Grime (Hip-Hop over in the U.K. for those of you unfamiliar) can often be an acquired taste, but Stormzy walks that fine line of delivering Grime while also finding cross-genre appeal; not all Grime artists can do that. It’ll be interesting to see what self-proclaimed “child of grime” comes out with next, but he’s an artist that could convert you over to Grime (which he kind of did with us). 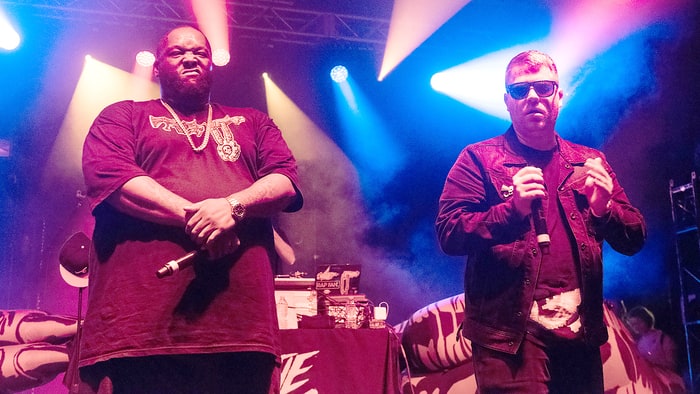 When you perform over 100 shows (110 is the current count?) over the span of a year, it’s hard to say that you aren’t working hard. Jamie and Mike have been grinding, spreading the word of RTJ across the US and beyond, performing at a very high rate of energy that few acts of ANY genre can match. RTJ 3 might have been our third-best album this year (the first RTJ album to not win it all), but these guys are still our absolute favorite group out today, and we genuinely would see them a thousand more times, or, until they decide to retire. If RTJ comes to your town, you better run the jewels necessary to find tickets.

Apparently J Cole just can’t lose. Why do we say that? Well, this is the second year in a row a Dreamville artist has earned this spot. Last year, it was Bas (and two years ago, some artist named Cozz was blowing up the internet).

This year, it’s the Atlanta native who has delivered a very interesting project, in the form of The Never Story. This J Cole protege definitely requires more info found out about him, and it’s likely that could be just as rewarding as it was last year (Bas is pretty dope, kind of like J.I.D). Feel free to check out this emcee, and let’s see if his trajectory matches that of his fellow Dreamville labelmates. 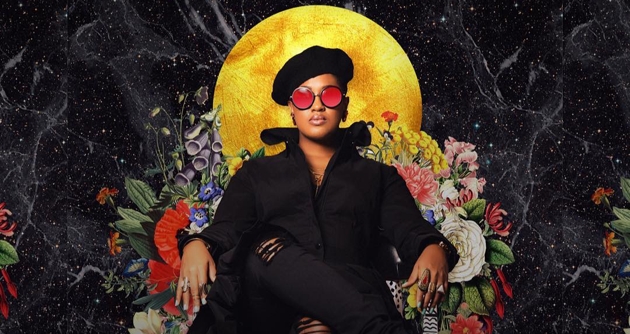 We literally wrote about her about a month ago, and in further depth it explains why she’s so important for Hip-Hop right now. A Grammy win for Jamla’s most successful emcee might force Hip-Hop to further discuss how underrepresented women are in Hip-Hop, as well as the subject matter that’s being discussed. For all of the new artists that are out today, there’s not always a large spectrum of topics and info being discussed.

That has to change if this art form plans on evolving into its next iteration. Rapsody is one of several (read: Stormzy, Run The Jewels) artists that can help influence that change.

We are now at the end of the sixth edition of the Cypher Sessions Year End Awards. 2017 flew by, and it was frustratingly awesome attempting to hear as much music as possible.

For those of you who have stuck with us since 2012, we humbly thank you. For those just joining us, or who started somewhere in between 2012 and now, we welcome you and hope you appreciate everything you read. As always, please share your thoughts in the comments below.

Enjoy the rest of your 2017, start planning out your 2018 (and stick to it!), and here’s to a Happy New Year in 2018! Look for more articles to come in the new year, as Cypher Sessions will continue to produce new content and cover music that deserves it.