In order for basketball to truly rival soccer when it comes to viewership and fan base, it has to have a serious FIBA club league, or at least a tournament of champions.

Let’s rewind a bit, and recall that leagues across the world are spreading the good word, which is ‘Ball is Life’. Africa is getting its own league, supported jointly by FIBA and the NBA. China has arguably the second largest league in the world with the Chinese Basketball Association, closely followed by Spain’s basketball version of La Liga.

An idea that’s stuck in the future 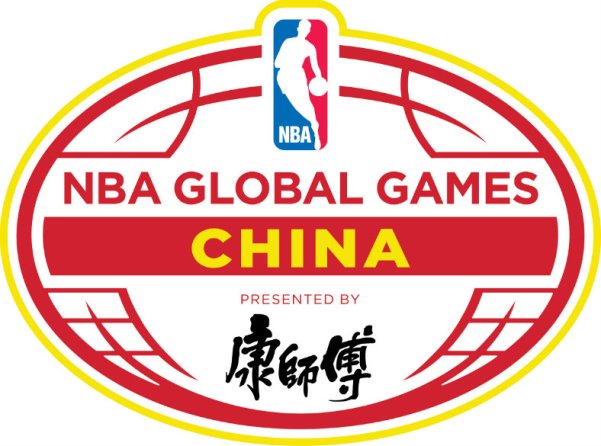 This idea begins and ends with NBA teams being allowed to truly compete outside of the United States (preseason games are exhibition matches, after all). For example, the two teams that reach the NBA finals could compete against other league’s top teams; after all, steel sharpens steel. This would also make that pesky American moniker of “World Champions” actually mean something.

The current “club championship” format is a four-team tournament known as the Intercontinental Cup, which is sponsored by FIBA. It consists of the NBA’s G League champion (formerly known as the Development League before Gatorade bought the naming rights), as well as a rotating door of teams from across the globe. This year it included European Basketball League Champions AEK from Greece, Flamengo from the host nation of Brazil, San Lorenzo from Argentina, and the NBA G League champion Austin Spurs. AEK defeated Flamengo for the title, while San Lorenzo defeated the Austin Spurs in the third-place game.

Perhaps its only four teams because FIBA is handcuffed financially, and has no real pull to encourage the NBA to send more teams to compete. Sure, the NBA has more to gain financially by backing competition, as it’s planning to do with the new Basketball Africa League (BAL) coming in 2020; however, it would improve the game by competing on the hardwood, not just in the pocketbook.

There are plenty of cynics, realists, pessimists, etc. who are probably thinking this kind of idea is pure fantasy and has no shot of happening. But, why not?

There is some small hope, as international preseason exhibition games have been going on fairly regularly since at least 2013. That’s a start. There was even a game in 2016 between the Oklahoma City Thunder and Real Madrid of the Spanish League where a few of Real Madrid’s NBA-caliber guys like Rudy Fernandez and Andres Nocioni played alongside future Dallas Maverick Luka Doncic:

There has to be more of a push from figuring out how to expand things on the NBA’s side. Commissioner Adam Silver apparently has also realized this.

The reasons stopping the NBA from taking a chance

Adam Silver has been pretty open when it comes to exploring ways to expand the league as well as the sport itself. In fact, about a year ago the NBA was weighing said options, as Adam Silver stated the following:

“I continue to covet other leagues, especially when I look at international soccer, where there’s more things to play for than just one championship trophy. So back in the league office, we’ve looked at mid-season tournaments, we’ve looked at playoff play-in tournaments. I would just say we’re still studying it. I’m balancing it against tradition. I think in terms of other tournaments, we’re going to study things.”

It’s definitely a cost benefit analysis for Commissioner Silver and the NBA, but it’s good to hear they’ve at least thought about it. What isn’t so great to hear is that it seems to be just that, an idea.

BCL Communications Manager Fabio Franceschi was open and hopeful about the NBA champion playing in the Intercontinental Cup, as he stated clearly:

“Thanks to FIBA’s close partnership and cooperation with the NBA, we believe it is mostly a question of time and agenda alignment.”

Franceschi also spoke about how the BCL will do their best to ensure the European champion is a part of this tournament:

“As said hereabove, as Basketball Champions League, we are only one participant among others in the Intercontinental Cup tournament, as FIBA is the entity managing this global event. That said, we are confident that future editions will include the champions’ club of each continental region, which will make of this event a truly global club competition. On our side, as FIBA’s top tier club competition in Europe, the Basketball Champions League winners will always be available to represent Europe.”

It’s encouraging to see that at least one basketball league representative was willing to voice their views on the topic, and believes that as agendas are figured out, the chance for truly global club play only increases.

The NBA communications department did speak with me, but only off the record for background info.

While no official comment was made, conversations revolved on the impact it would have on player’s health, safety, and time. The logistics of a season alone are often planned at least a year in advance; adding additional games appeared to be an unpopular suggestion. The feeling after said conversations felt like one of kicking the can down the road.

Why this idea should be given a real chance

Yes, soccer is the most watched and celebrated sport in the world right now. Billions watch the FIFA world cup, support teams from the Premier League and other European leagues, and wear jerseys of players they’ll never see off of their screens. However, FIBA and more specifically the NBA has not faced the same allegations FIFA has tripped their way through time and time again.

NBA teams aren’t sold with alleged claims of money laundering as a possible reason for the sale. The NBA hasn’t had anywhere near the kind of corruption allegations and financial fiascos FIFA has. By no means is the United States’ basketball league squeaky clean, what with its issues of game fixing by a small alleged number of referees in the past, or its issues of calling fouls fairly on every player.

However, Adam Silver and Co. can LEARN from soccer’s mistakes. Basketball players are some of the most well-known athletes in the world, and sponsorships make sure that won’t change anytime soon. It’s possible that NBA owners would never, EVER go for this. However, because the NBA is unique compared to other major leagues in the United States in that players have a larger voice in league conversations, things can change . Convincing the players, who then can convince NBA commissioner Adam Silver, would basically hold the owners hostage.

Players also might be very opposed to this; but, because current NBA rosters have so many international players, those players very well might enthusiastically get behind it. Imagine Denver Nuggets’ center Nikola Jokic playing against guys he plays with for the Serbian national team? Or if Giannis Antetokounmpo plays with the Milwaukee Bucks against AEK or Olympiacos B.C.?

It seems far-fetched, but so did playing preseason games in other countries. So did sending NBA players to compete in the Olympics, which helped expand the NBA’s worldwide demand it still has today. So did going to one of these other leagues across the world, playing for a year, and then getting drafted as a lottery pick in the NBA Draft.

Each calculated risk in hindsight appears smart for the NBA and players working to get there. There are really no downsides to this attempt at making basketball a truly global sport on a competitive level. This is the next step after the Olympics.