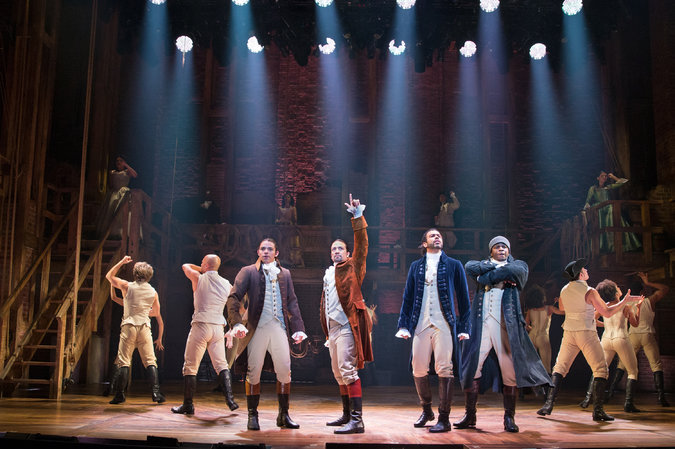 There have been a million (give or take) articles written about this musical. This play has not just taken Broadway by storm, but has also grabbed the attention of Hip Hop fans as well as music fans across the nation. It combines numerous genres such as Hip Hop, pop, R&B, and musicals with storytelling lyrics that give audiences a history lesson that’s both accessible and relatable.

That’s a tough thing to do, making the American Revolution relatable and intriguing for the casual listener who often isn’t predisposed to research America’s origins. There’s also another important message  among the many that are presented throughout the play, one that many of the more invested fans of the smash hit have heard, which is the importance of contributions made by immigrants, and by those with little to nothing associated with their names.

Alexander Hamilton, for many who do not know, was an immigrant from Saint Croix in the Caribbean. His father abandoned his mother, brother,  and Alex when he was young. Hamilton’s mother later died after becoming quite ill, although Alexander survived the same sickness. After a hurricane ripped through the tiny islands that Hamilton struggled on, he penned a letter about the natural disaster. This led to successful businessmen in the area to fund a trip for Hamilton to go to the United States to gain an education. And from there, the rest is history.

This is likely the biggest takeaway from Hamilton the Musical, because a central theme of the play is Hamilton doing everything he can to become successful. Hamilton works to make a name for himself, and to not return to the struggle and hardships that he and his family faced early on in life. The resilience and perseverance shown throughout the play should reflect many similar stories that members of the audience will no doubt have heard before.

Perhaps your relatives or grandparents faced similar hurdles, or perhaps you faced a very trying journey to a place that is supposed to provide the opportunities shown in this musical. This is where many readers who have not listened to the musical soundtrack or seen the play should pay attention, because there is another important lesson to take away from this play, which is what the whole Revolution was meant for in the first place: securing freedom from tyranny, in this particular case, the British Empire.

A big reason why this work of art is so relatable is because, despite the fact that it is telling a story of what happened almost 240 years ago, it seems that today things are quite similar to the Empire that the colonists were fighting for freedom from. Those not considered to be “American” enough or “from here” are looked down upon, not considered to have the same worth and merit that citizens of the United States do, and are treated less than on a daily occurrence.

Key people of the Revolution such as Hamilton and Marquis de Lafayette. Lafayette was a Frenchmen who thought the American Revolution to be noble and decided to lend a hand to the colonists before heading back to France to aid in their own French Revolution. These people were seen as less simply because of their place of origin; never mind that they embody the essence of the United States and what this nation was supposed to be founded upon.

As most people know, regardless of their political leanings on the Left or Right, this nation was built by immigrants (and to a larger extent, the killing of many Native Americans who have lived on this land LONG before Europeans came here, but that’s an entire other article to write and get into another time) and people who weren’t always in roles of power. The messages in Hamilton are important to listen to and reflect upon.

While it is definitely a musical that truly inspires and captivates the audience, it is also a necessary reminder for all those who seem to have forgotten who was really involved in the creation of this country. America, do NOT throw away your shot at who tells your story; listen to this musical to get a fresh perspective on this nation.

3 thoughts on “America, Please listen to Hamilton the Musical”