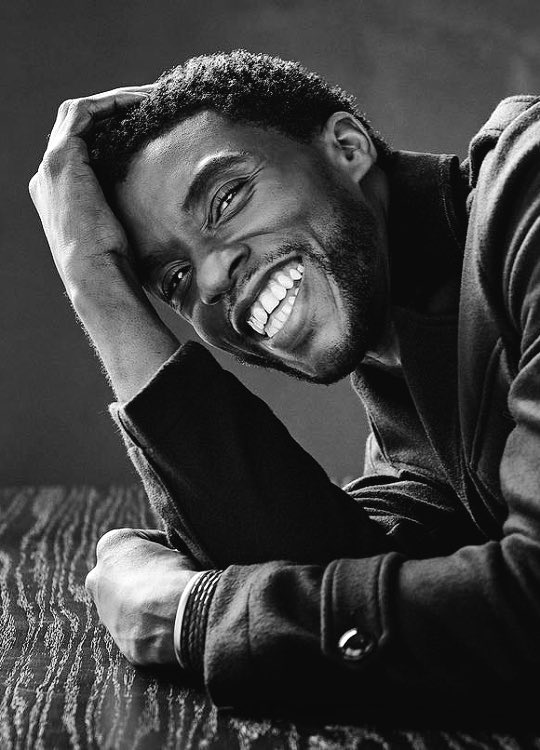 Chadwick Boseman has lost his battle with colon cancer at the age of 43. He was surrounded by his wife and family. Boseman filmed Marshall, Black Panther, Avengers: Infinity War, Avengers: Endgame, 21 Bridges, and Da 5 Bloods between his diagnosis and his death.

There are a lot of articles out there right now, telling you his life story, where he went to school, etc. So instead, I thought I’d write about what he meant to me, and hopefully you. I still at times find it odd why one cares about celebrities but I think it’s the actions they’ve taken that occasionally make them (like musicians and athletes and everyday people) worthy of respect beyond the basic human decency that should be extended to everyone. Rest in Power, King.

For four years you gritted through it to work and create,

T’Challa will always be the only king I ever recognize,

Wakanda Forever at least you’re in the DJalia tonight

To be this level of sad I feel kind of dumb,

but imagine how the Boseman family feels about this outcome,

I’m not sad because a celebrity passed away,

but rather the stories you helped tell, the roles you played,

whether you locked down a city

or overcame adversity while sliding to home plate,

James Brown and Thurgood Marshall will greet you at the pearly gates,

Thankful for your efforts to show them fully on display.

You radiated power and peace to the best of your ability,

working between treatment and surgeries,

the world benefited for years before you joined the unlucky 86%,

Let’s hope up above that smile spreads to all of us as you rest.